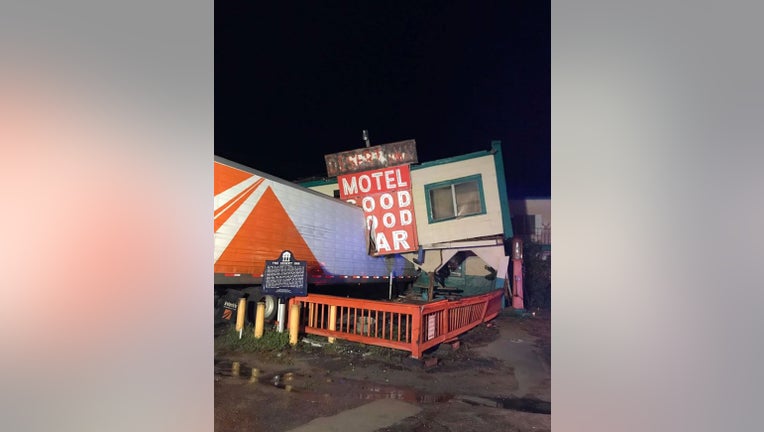 Osceola County Fire Rescue responded to a jackknifed tractor-trailer that collided with the front of the historic Desert Inn on Highway 60 in Yeehaw Junction. 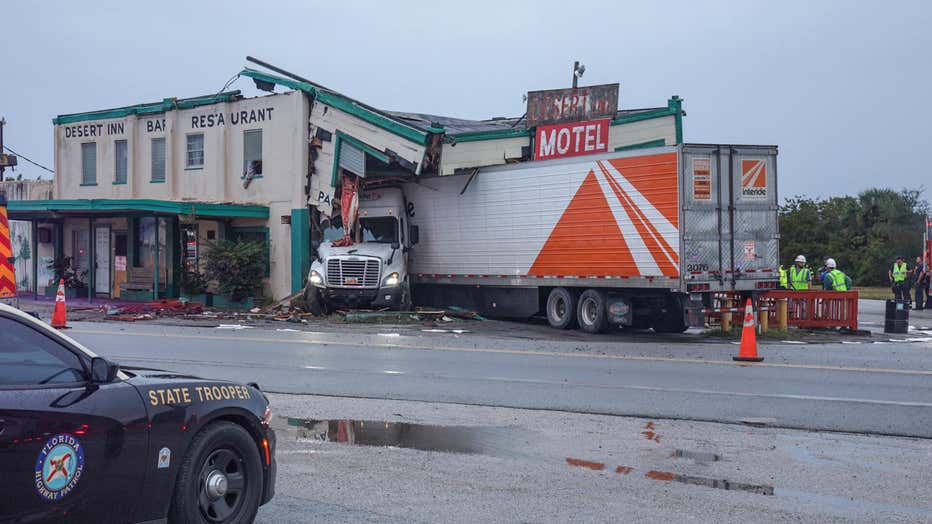 First responders say the driver of the truck was not seriously injured.

According to the Florida Highway Patrol, the truck was hauling orange juice. 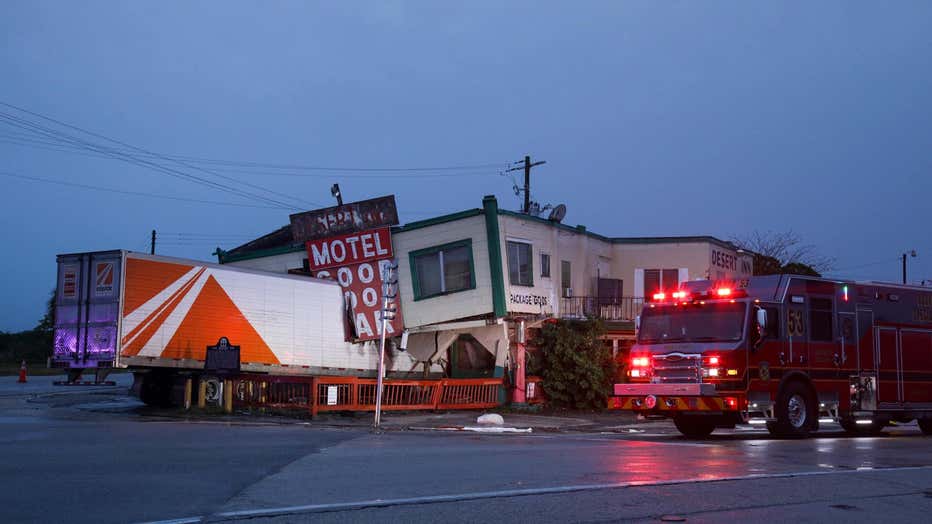 A Facebook post on the Osceola County Fire Rescue page said, "The Desert Inn was added to the U.S. National Register of Historic Places in 1994, and sits at the intersection of State Road 60 and South Kenansville Road. It has not been in operation for some time, so the building was unoccupied."

State troopers say the driver of the semi told them that the area was dark and he did not realize that he left the roadway.

Officials say no one was inside at the time of the crash.

Charges are pending against the driver.