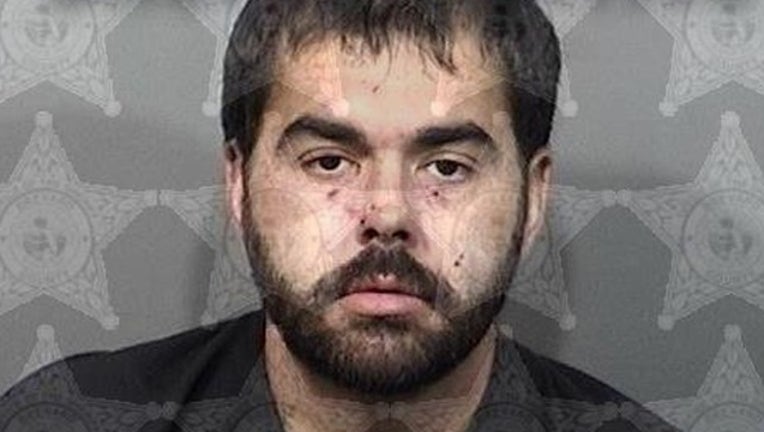 BREVARD COUNTY, Fla. (FOX 35 ORLANDO) - Deputies in Brevard County are searching for a sexual offender that fled from police earlier and is not wearing his monitoring device.

The Brevard County Sheriff's Office says that their Sexual Offender Registration and Tracking Unit is attempting to locate 36-year-old Steve Wesley Blankenship of Cocoa. He resisted arrest on Wednesday and fled from agents in the area of Satellite Boulevard.

They say that Blankenship is a sexual offender who was convicted of a sexual offense in 2005 in the state of West Virginia. He faces charges of Violation of a non-contact Order, Resisting Arrest with Violence, Battery on a Law Enforcement Officer, and Tampering with an Electronic Monitoring Device.

The incident reportedly began just after 9 a.m. on Wednesday. An agent from the Sexual Offender Registration and Tracking Unit went to a residence on Desert Sands Avenue to check that Blankenship was not there. He was ordered to stay away from the residence after a domestic violence arrest in June. Information had also been received that Blankenship may have removed his electronic monitoring device that he is required to wear.

The Sheriff's Office said that the responding agent observed Blankenship at the residence without the monitoring device and in violation of the court order. As the agent attempted to arrest him, Blankenship broke free and fled into the woods.

A search was reportedly conducted but without success. Agents are still monitoring the area in an attempt to take Blankenship into custody.

Blankenship is said to be about five-feet, 11-inches tall and weighs 195 pounds. He was last seen wearing blue jeans and no shirt. He has dark brown hair and a dark brown beard and mustache.

Anyone who comes into contact with Blankenship is asked to not approach him. Call 911 or the Sheriff's Office Communication Center at 321-633-7162.