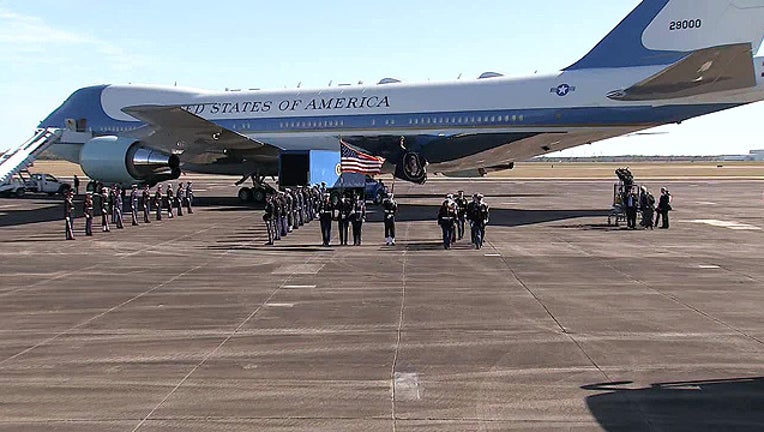 HOUSTON (FOX 26) - The remains of former President George H.W. Bush are scheduled to arrive at Ellington Field in southeast Houston at 4:30 p.m. CST on Wednesday, Dec. 5.

Honors: Ruffles and Flourishes (four) and Hail to the Chief

Hymn: Abide With Me composed by William H. Monk

Guests of the Bush family invited to attend include: