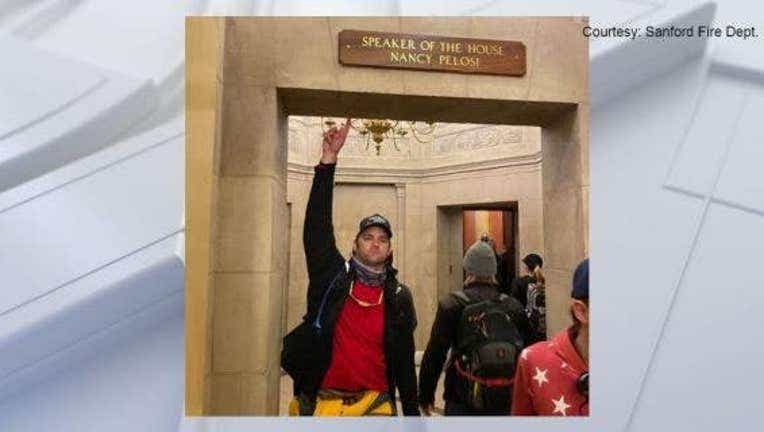 SANFORD, Fla. - A Central Florida firefighter was sentenced on Wednesday for his role in the Jan. 6 U.S. Capitol riot.

Andrew Williams is a firefighter with the Sanford Fire Department. Last year, he pleaded guilty to one count of parading, demonstrating or picketing in a Capitol building.

During Wednesday's sentencing, Williams made a statement regretting his actions and expressing remorse. He briefly described how it has affected his life, how he is ashamed and asked the judge for mercy.

The judge sentenced Williams to 2 years probation, 60 hours of community service, which must be completed within the 1st year,  and $ 500 restitution to "the architect of the Capitol."

Williams is still employed by the department, but on administrative leave without pay.

In court documents, the FBI says that it had obtained two videos and one still picture of Williams inside the Capitol on Jan. 6. According to the filing, in one of the videos, Williams allegedly turns the camera on himself and then a voice can be heard saying, "We are storming the Capitol. Yeah baby!"

One photo appears to show Williams wearing a Trump hat while standing outside the office of House Speaker Nancy Pelosi.