People lined up around the block Thursday for Thanksgiving meals at the Salvation Army in Orlando.

ORLANDO, Fla. - People lined up around the block Thursday for Thanksgiving meals at the Salvation Army in Orlando. Volunteers like Rachel Bui prepared and later handed-out meals to those in line.

"My husband actually works at a restaurant and he's working today," Bui said, "so we decided to serve other people instead."

She says she hopes to instill these ideals in her children that she brought along, as well.

"It's just something I want to show them how to serve other people, as well."

Volunteer Jonathan Blount was picking up meals for delivery.

"Today is a day that you want to think of other people," he said, "if you can only give them one day of relief, that may make a difference in their lives."

The Salvation Army said they were handing out 20,000 meals this Thanksgiving -- half at their headquarters in downtown Orlando and the rest delivered out in the communities to families in need.

"We want people to know that if they're hungry, come eat, if you're lonely come with us and we'll sit with you and talk to you," said Salvation Army Capt. Ken Chapman. 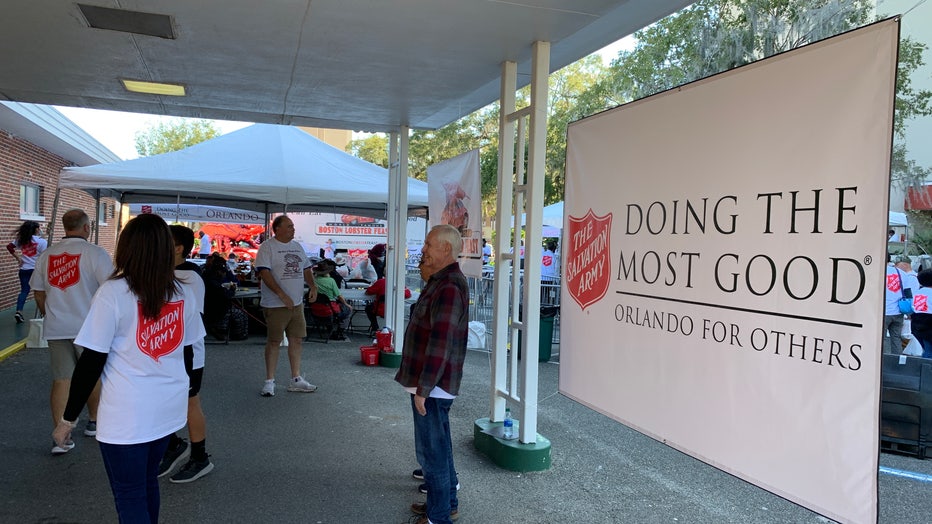 Chapman said it was tough getting some supplies, this year.

People showing up for meals say they appreciate this help during the holiday.

"To give thanks for this day - but not only this day that you give thanks," said David Ruiz Castro, an Orlando resident, "it's every day thankful for waking up and being the light of the day."