FOX 35 meteorologist Brooks Garner is here with the "We Love Florida" Forecast.

ORLANDO, Fla. - The first Saharan dust plume of the season moved off of Africa earlier this week and will travel nearly 5,000 miles across the Atlantic and into the southeast U.S., including Florida, by this weekend.

The dust plume typically sets up about a mile above the Earth's surface and is usually 2 miles thick. The FOX 35 Storm Team is tracking the plume and it looks like it's making steady progress into the area through this weekend.

This mass of very dry, dusty air is called the Saharan Air Layer. According to NOAA's Atlantic Oceanographic and Meteorological Laboratory, it forms over the Sahara Desert during the late spring, summer and early fall and moves into the tropical Atlantic every three to five days, according to FOX Weather. 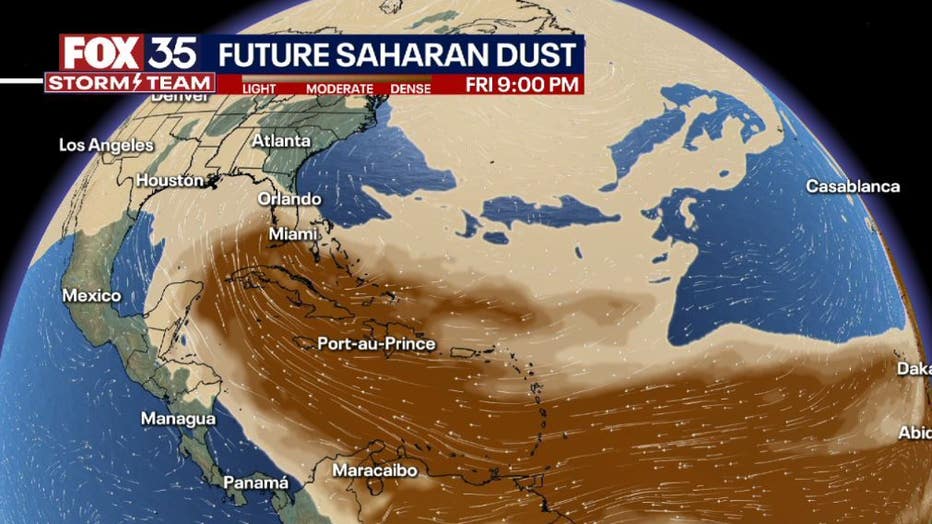 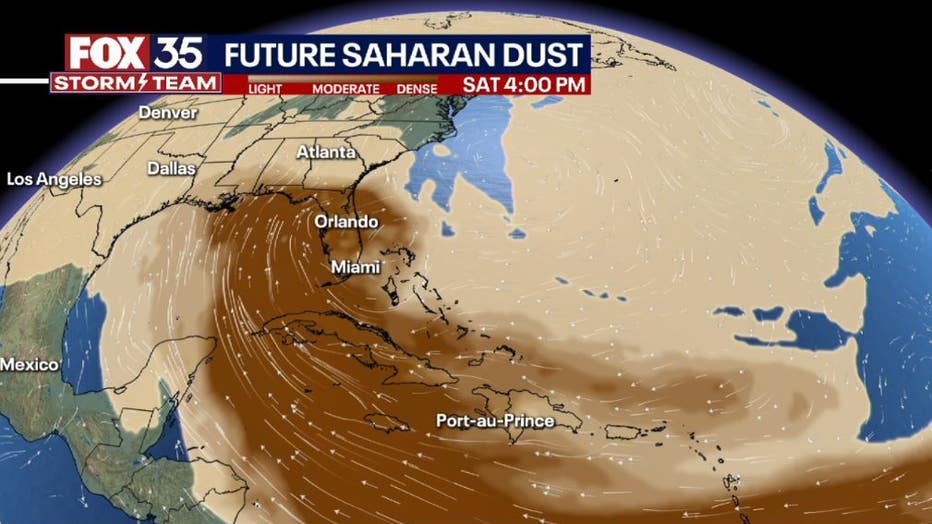 Local photographers know and love the dust! Some of the most dramatic sunrise and sunset pictures are possible during dust visits. Sunlight bounces off of the dust particles, tapping a broad array of the color spectrum, and making for some beautiful pink and orange sunrises and sunsets.

For others, the dust is not a good thing. Allergies can be agitated and air quality poor. 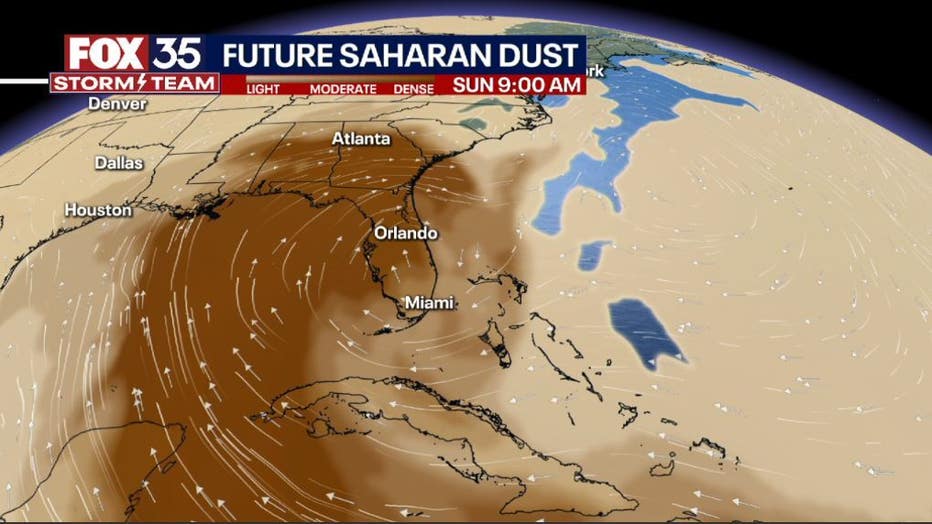 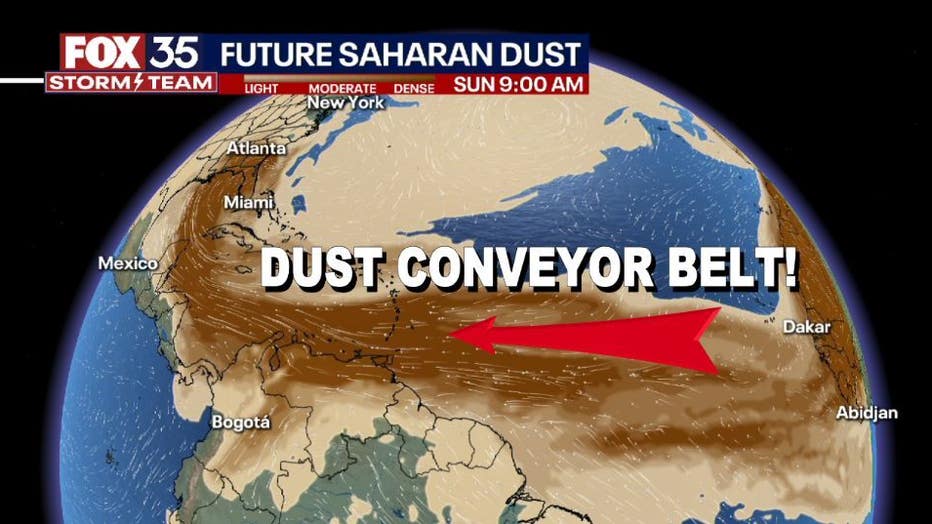 Longer term, a literal conveyor belt of dust has set up over the open Atlantic, all of which looks to funnel into the Southern States through next week.

The Saharan air layer comes in handy during the hurricane season, specifically in quelling the atmosphere and keeping tropical development at bay. While the official Atlantic hurricane season doesn't begin until June 1, the season started early in each of the last seven years. However, this plume of Saharan dust traveling across the Atlantic might finally put an end to that streak since atmospheric conditions will be unfavorable for tropical development over the next several days.