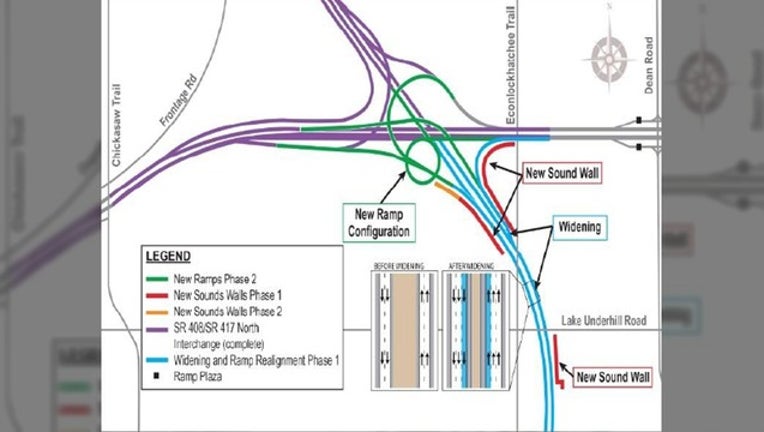 The closure will take place from 10 p.m. to 5 a.m. During this time, the Central Florida Expressway Authority says that drivers will be detoured to the S.R. 50/ Colonial Drive exit (exit 34). They will then re-enter southbound S.R. 417 to return to westbound S.R. 408.

Tolls at S.R.  50/Colonial Drive will reportedly be suspended during the detour.

The Central Florida Expressway Authority says that rolling roadblocks are scheduled on eastbound and westbound S.R. 408 approaching the S.R. 417 interchange. Each rolling roadblock will take about 30 minutes, they say.