McDonald’s, Starbucks, Coca-Cola, PepsiCo and General Electric — ubiquitous global brands and symbols of U.S. corporate might — all announced last week they were temporarily suspending their business in Russia in response to the country’s invasion of Ukraine.

This exodus of major corporate entities out of the Russian economy in order to put pressure on the Kremlin following its invasion of Ukraine has also trickled down to smaller family-owned businesses in the U.S.

A liquor store in Kansas took all Russian vodkas off its shelves last week in hopes of inspiring others to take a similar stand in solidarity with Ukraine.

But the boycotts are appearing to become more extreme as some local businesses report facing a variety of threats to their lives and their stores.

Russia House Restaurant and Lounge in Washington, D.C., told the Washington Post it was vandalized twice earlier this month. The restaurants had smashed windows, a broken door and anti-Russian writing on the walls. 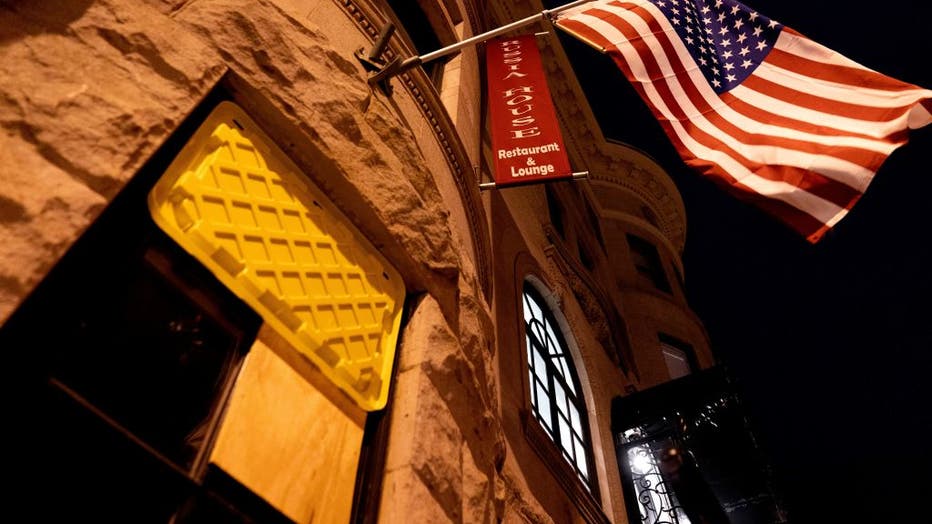 Boards cover broken windows at the Russia House restaurant and lounge in Washington, DC, on March 8, 2022.

McGovern said he thinks that "people just shouldn’t start vandalizing property" for hostile assumptions of what they believe to be the political views of the business owners.

Beloved Los Angeles-based independent record store Stellar Remnant announced on Instagram that they were served an eviction notice from their landlords following a stream of threats and hateful messages.

RELATED: List of Russian goods that are banned, boycotted in US

"As the violence escalates in Ukraine so is hatred towards Russian-speaking immigrants around the globe, we believe we became targeted individuals and businesses. With our cry out for Love we still receive threats and hate and people are asking us to take down and do not sell any Russian artists regardless of their political views just by simply being or associated with Russia," the store wrote on its Instagram page.

They believe they have been targeted for being a Russian-immigrant-owned business.

Sveta, a New York City restaurant also told Business Insider that they’ve been forced to remove any mention of Russian food from their online presences including their website, social media, Yelp, and changing it to "European."

The assault on small Russian-owned businesses comes as President Joe Biden announced Friday the U.S. will dramatically downgrade its trade status with Russia as punishment for its invasion of Ukraine and also ban imports of Russian seafood, alcohol and diamonds.

The broad trade shift, which revokes the "most favored nation" status for Russia, is being taken in coordination with the European Union and Group of Seven countries.

"The free world is coming together to confront Putin," Biden said from the Roosevelt Room of the White House. He also said countries were adding new names to a list of Russian oligarchs who are facing sanctions, and the U.S. is cutting the flow of high-end American products such as expensive watches, cars and clothing.