Cruise lines are getting one step closer to setting sail,recommending safety and health guidelines aboard ships.

Royal Caribbean Group and Norwegian Cruise Line Holdings Ltd. have submitted 70 recommendations to federal regulators as to how they plan to protect people on their ships amid the Covid-19 pandemic should they get the go-ahead to resume operations in the U.S.

Recommendations from a panel assembled by the companies include tighter controls to keep infected people from boarding ships, reducing transmission through air management and enhanced sanitation practices, and detailed plans for addressing positive infections aboard.

The panel is co-chaired by former Food and Drug Administration Commissioner Scott Gottlieb and Michael Leavitt, a Health and Human Services secretary during the George W. Bush administration. 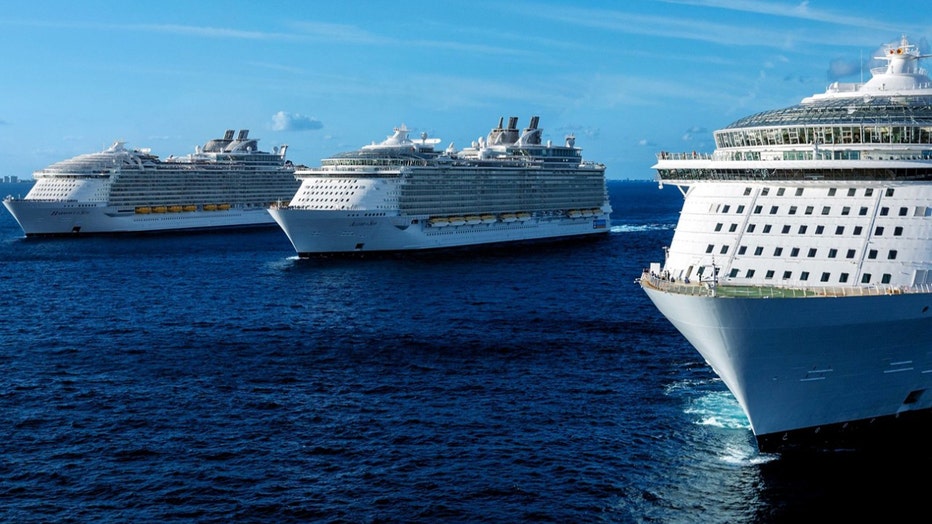 The recommendations responded to the Centers for Disease Control and Prevention's request for information on cruise planning, infrastructure and resumption of passenger operations. The CDC has fielded about 6,000 comments from the public on the Federal Register during a feedback period that ends Monday.

Large cruise operators haven't sailed in the U.S. for about half a year, after coronavirus outbreaks on ships triggered sailing suspensions and tangled efforts to repatriate passengers and crew. They have agreed to extend their sailing hiatus in the U.S. until at least Oct. 31, a month past the CDC's cruising ban, after a series of incremental extensions.

The CDC says cruise ships are hotbeds for virus transmission due to the population density on board. They are more densely populated than cities or other living situations, and decreasing the number of people on board doesn't end transmission, according to the CDC.

"The layered approach to the protocols will result in a very safe environment I believe [is] safer than you'd find in the general population, safer than if you're sitting 4 inches away from someone on a crowded airplane on a four-hour flight," Mr. Del Rio told The Wall Street Journal on Sunday.

A recent CDC paper that delved into a cluster of coronavirus cases on a 10-hour flight associated seating proximity on long-haul flights with increased infection risk. The panel said it has been observing efforts by other sectors, such as air travel, in dealing with air ventilation. But "nothing's going to be foolproof," said Mr. Gottlieb.

Mr. Del Rio said he would board Norwegian's first sailing after its hiatus with his children and grandchildren to illustrate the efficacy of the company's cruising protocols.

MORE NEWS: CDC updates guidance to say coronavirus can spread through the air

"We're not counting dollars and cents with this," Mr. Del Rio said. "Whatever it is, it is a drop in the bucket compared to the billions of dollars that the industry is losing in lost revenues every day."

MSC Cruises SA, a privately held cruise operator, resumed sailing in the Mediterranean in August and has set up testing facilities in Italian ports, hired more medical staff and purchased its own machinery to process swab tests on board. Those efforts are costing MSC Cruises around EUR500,000, or $590,000, a week of travel, the company estimates.

Royal Caribbean, which posted a second-quarter loss of more than $1.6 billion as revenue plunged 93.7%, has said it is could resume operations in China and Australia by the end of October. Chief Executive Richard Fain on Sunday declined to specify when the company would start sailing again.

MORE NEWS: Chill out max and relax at the ‘Fresh Prince of Bel-Air’ mansion on Airbnb for $30 a night

Some cruise operators are cautiously beginning to sail again in Europe. But doing so has been risky, and there has already been an outbreak.

Carnival Corp., the world's largest cruise operator, earlier this month resumed sailings through its Costa brand in Italy. It posted a preliminary third-quarter loss of $2.9 billion last week and plans to shed 18 ships from its fleet.