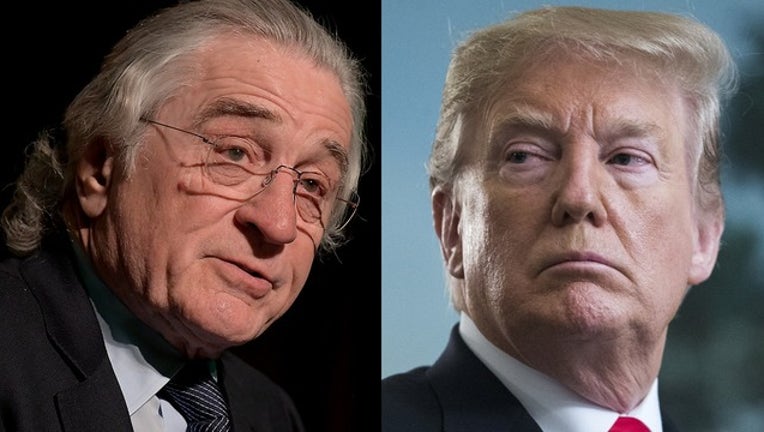 The Hollywood staple revealed that he basks in the opportunity to portray Special Counsel Robert Mueller on “Saturday Night Live,” and even considers it his duty to channel the prosecutor’s bravado on the comedy sketch show.

"I consider it my civic duty to do that part — just to be there because [Mueller] doesn't say much, but he doesn’t have to. It's that simple," De Niro told the Hollywood Reporter ahead of the Tribeca Film Festival in an interview published on Friday. "I might even be happier the day that Mueller puts him in handcuffs, takes him in an orange jumpsuit and puts him away for a long time."

In discussing the four-page assessment of Mueller’s report by Attorney General William Barr that was released last month, the “Goodfellas” star insists the summary doesn’t tell the entire story and was simply a ruse that allowed Trump to come out the other side looking more auspicious.

"It's pathetic. You know that's interesting. That Democrats are trying to do the right thing and say, 'We're waiting for justice to come,' and then it doesn’t come,” De Niro, 75, lamented. “Or it will come in a way – Mueller presented it in a way that's up to us and Congress to make, come up with the results, but now it’s being barred by Barr. And that's to be seen now what Congress will do and how effective they're going to be."

The actor continued: "But I think there's going to be a lot of mass demonstrations, a lot of protests if this is not resolved. We have to know what went on. We have to know. The handwriting is on the wall."

De Niro has long suggested that the president will serve jail time for the alleged collusion with Russia in the 2016 election.

Late last year, the “Raging Bull” performer slammed Trump as a “New Yorker who I never would want to meet, never want to meet him, and now he's president. And the reason I wouldn't want to meet him is because of the kind of person he is. As we all know now, there's nothing new. It's disgraceful, but we'll get past it."

The “Heat” actor has often been critical of Trump, saying during an interview in last October with fellow "SNL" guest star Alec Baldwin that he's "so offended" by the 45th president.

"Everything he says about other people, ‘You're a loser. You're a this. You're a that,’ is everything he's saying about himself. … He's so transparent. He's projecting,” De Niro said.

The "Taxi Driver" star reiterated that point in December 2018. When asked if he feels like he's giving Trump what he wants when he publicly feuds with him, De Niro said he wasn't "because his responses, his retorts, if you will, are inane and they're kind of stupid. He doesn't even say anything that's witty or smart, it doesn't bother me. It's ridiculous."

Despite De Niro’s strong stance on the president, he admits he's "having fun" playing Mueller and said he believes he pitched the idea of playing Mueller to the show's creator, Lorne Michaels.

Get updates on this story on FOXNEWS.com.