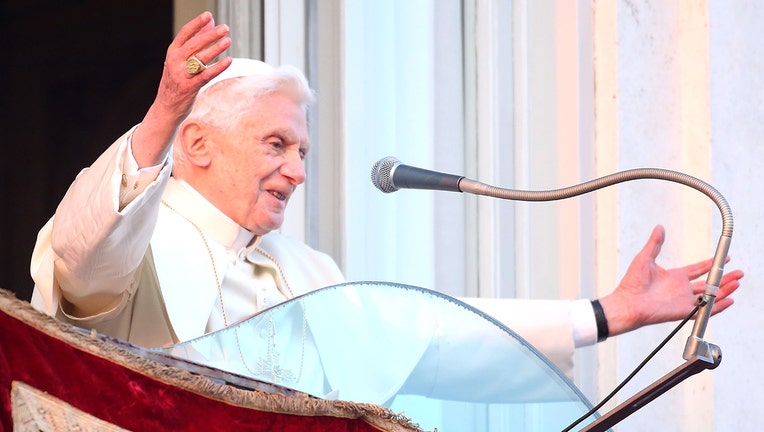 For the last time as head of the Catholic Church, Pope Benedict XVI waves to pilgrims from the window of Castel Gandolfo in Rome, Italy, Feb. 28, 2013. (File Photo by Franco Origlia/Getty Images)

ROME (AP) - Retired Pope Benedict XVI has said he hopes to soon join a beloved professor friend in "the afterlife," in a sign that the 94-year-old pontiff is not only accepting his eventual death but welcoming it.

Benedict penned an Oct. 2 letter to a German priest, thanking him for letting him know of the passing of the Rev. Gerhard Winkler, a Cistercian priest and academic colleague of the former Joseph Ratzinger.

"Of all my colleagues and friends he was the closest to me," Benedict wrote, according to the letter reproduced in German media. "Now he has reached the afterlife, where many friends certainly await him. I hope I can join them soon."

Benedict became the first pope in 600 years to resign when he renounced the papacy in 2013, saying he didn't have the strength of body and mind to guide the Catholic Church.

"Now [Rev. Gerhard Winkler] has reached the afterlife, where many friends certainly await him. I hope I can join them soon."

— Pope Emeritus Benedict XVI, writing about the death of a friend

Throughout the papacy of Pope Francis, Benedict has lived in a converted monastery in the Vatican gardens, occasionally greeting visitors and writing, but by and large keeping to his vow to live "hidden to the world."