BALTIMORE - A 61-year-old retired housekeeper has become a familiar face at the Maryland Lottery headquarters.

"People play every day and not win," the winner said. "It’s amazing that I won three times."

All three winning tickets were purchased at the same store — Talbert’s Ice & Beverage Service in Bethesda. The thrice fortunate woman stopped at the store earlier this month and bought a couple of $5 Lucky instant tickets.

The first ticket she scanned was not so lucky. But the second one sure was.

"I just didn’t believe it, again!" the winner said. "When I saw that message, ‘See Lottery,’ I just left immediately and scratched off the rest of the ticket in the car." 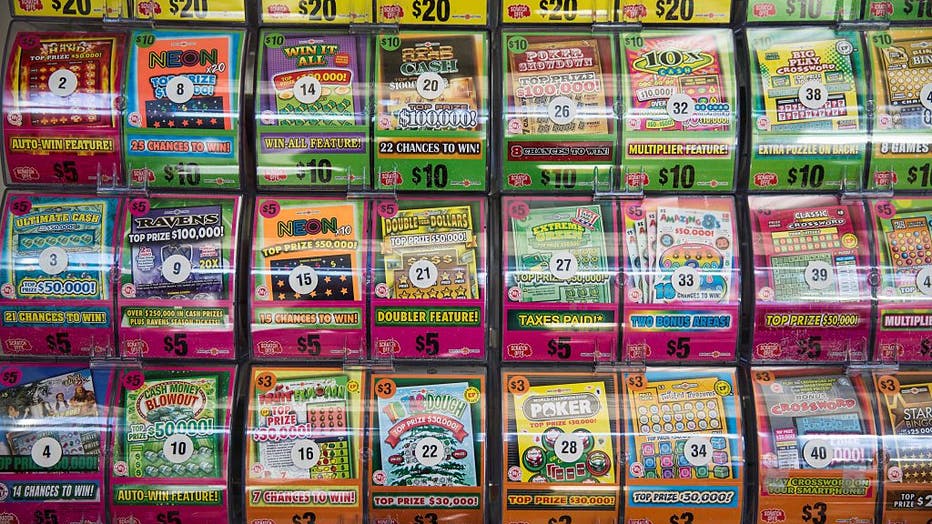 Scratch Off games for sale with PowerBall tickets at Best Beer, Wine and Deli in Gaithersburg, Md., USA on January 11, 2015. After no one picked the winning numbers for Saturdays drawing is is estimated the jackpot will rise to a record $1.4 million

After calming down, she called her best friend, who later accompanied her to the later office to claim her prize.

The winner already has plans for the money. She told lottery officials she’s going to use it to fund home improvements.