Two Florida men were arrested after a dispute with two teen boys over speeding in the Sanford neighborhood of Lake Forest. The incident happened Tuesday evening.

SANFORD, Fla. - Two Florida men were arrested after a dispute with two teenage boys over speeding in the Sanford neighborhood of Lake Forest.  The incident happened Tuesday evening.

The teenager told deputies he was inside the gated community – as a guest – visiting a friend when the suspects became aggressive and attacked him and a teen passenger while he was driving a white Mercedes.

"Burning out racing through my [expletive] neighborhood," one of the men is heard saying on a cell phone video recorded by the teen.

The teen called 911 asking for help.

"I was driving a little bit, like, I wasn’t supposed to be driving like that. A guy started, a guy ran in front of the road, hit my car with a cone, threw a rock through my front windshield and I knew something happened," he tells the dispatcher.

The teen and his passenger told deputies they were in fear of their lives. 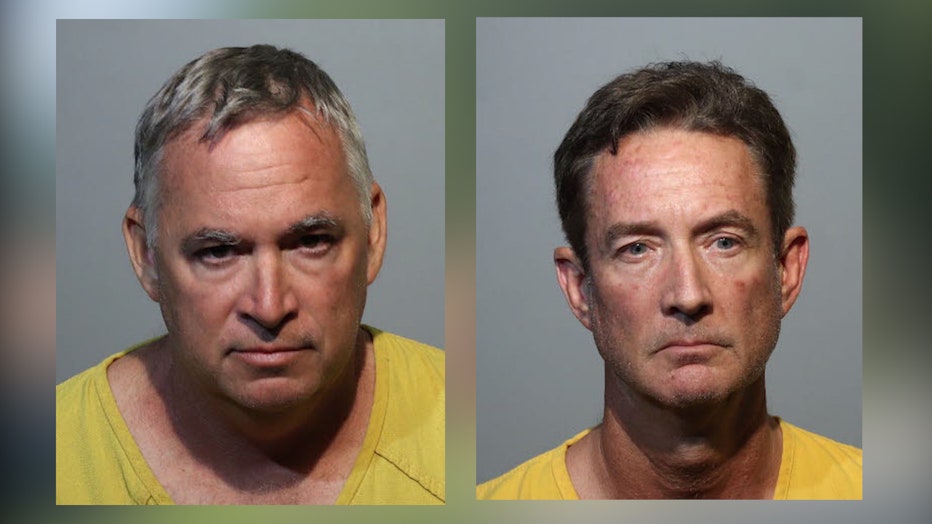 The arrest report redacts what the suspects told deputies, but in the 911 call from the teen, you can hear them accusing the boys of speeding.

"No respect. This is a neighborhood where little kids play, and you come running down here like you think you’re a race car driver," people can be heard shouting.

FOX 35 News obtained a security camera video that shows a white car driving through the neighborhood about 15 minutes before deputies responded.

In an interview with FOX 35, Jermaine Jones said one of the men approached his car with the traffic cone," and then his buddy came like two seconds later and threw the boulder through the back window."

Two Florida men were arrested after a dispute with two teenage boys over speeding in the Sanford neighborhood of Lake Forest.

He said the men were trying to solicit a reaction from him.

"I knew the reaction they wanted out of me, and I wasn’t going to give it to them. I knew how it could have went if I did give them that reaction. I just stayed calm and got everything on video," he added.

The teen's mother called the men's behavior "repulsive" and "disgusting."

"It made me feel upset," said Niko Jones. "For professional men, they should have had more composure. We have people who speed through neighborhoods all the time. We don’t take it among ourselves to throw stones in their car or hit their cars with cones. We call the police."

FOX 35 reached out to the attorneys representing Corsi and Hughes, but we did not hear back before this publication on this story.