Wendy Durden with the Hubbs-SeaWorld Research Institute said they have been monitoring the local population to better understand their behaviors.

"We would photograph them very well and from those photographs were able to identify individual dolphins from their dorsal fins," she said.

Durden said researchers learned dolphins form strong bonds starting at an early age, relationships that carry into adulthood. Like humans, dolphins sticking with their moms, siblings, and even childhood friends. 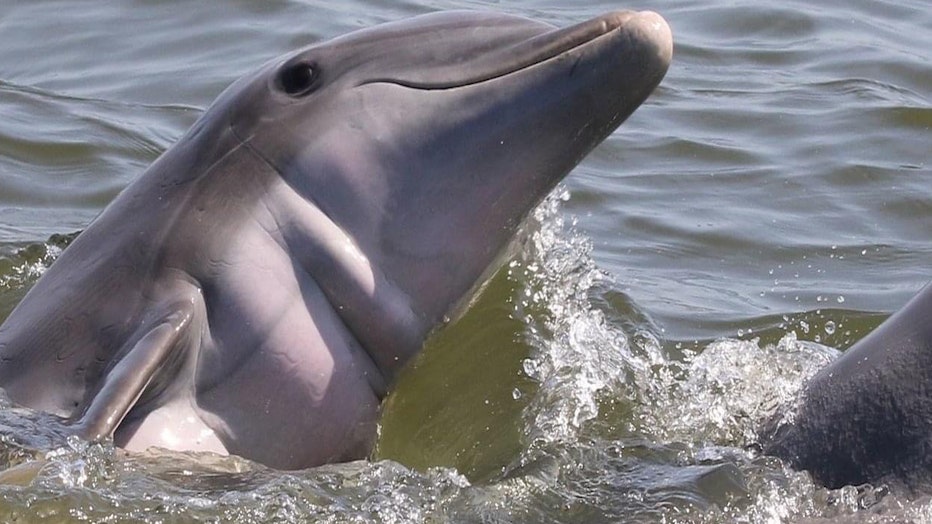 "Animals that they spend a lot of time with when they are calves, they're significantly likely to associate with later in life," she explained.

"More than a third of the individuals in the area have shark bite scars," she said.

The Marine Discovery Center, a local resource center educating the public about marine life, says having information like this is key to understanding and protecting the species.

"The great thing for us is that we get to understand a little bit more about the detailed research, and we can share those stories with the public with the emphasis on covering and protecting these awesome species," said executive director Chad Truxall.