Puppy fostered by firefighters that saved him

The puppy will be fostered by Mike Thawley, a firefighter with the Sacramento Fire Department until he finds his fur-ever home. (Credit: KOVR/NNS)

That is one lucky puppy.

The Sacramento Fire Department made a startling discovery after responding to an abandoned homeless debris fire underneath a bridge on April 12 – a tiny puppy.

The poor critter even had some melted plastic on his head and back just before he was taken to safety, according to video shared by the fire department.

After a bath and food, the puppy started to perk up and show his personality at the fire station. Now, he’s a tail-wagging, face-licking pup enjoying his time with his foster family.

Firefighter Mike Hawley volunteered to foster the puppy until the Front Street Animal Shelter finds him a "fur-ever" home.

It was not immediately known how the puppy ended up abandoned under the bridge. 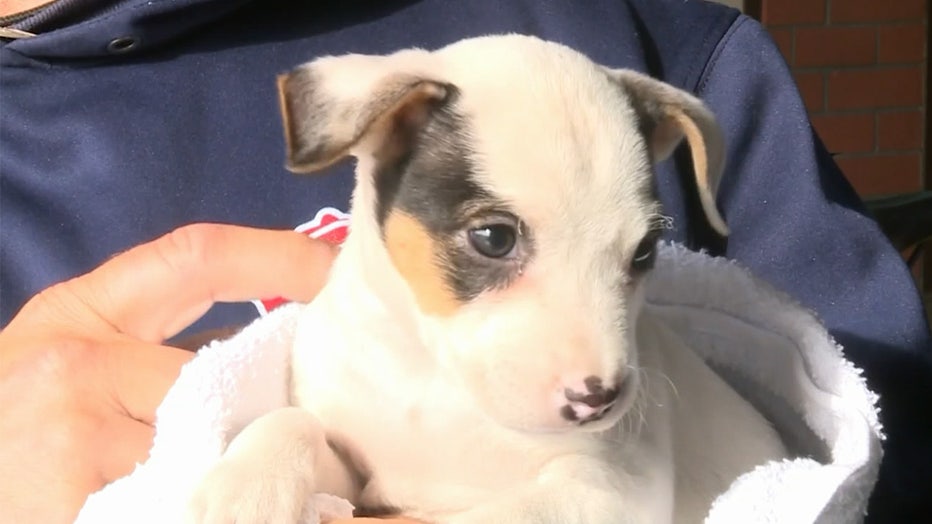 This isn’t the first time Thawley has fostered an abandoned dog, according to local news media.

In fact, in 2017, Thawley fostered a pit bull named Chunk who was found chained to a fence and left alone with no food or water.

Thawley told local news media that it was a shame someone would leave a puppy in such terrible conditions and hopes this puppy’s story will inspire more people to help rescued and shelter animals.