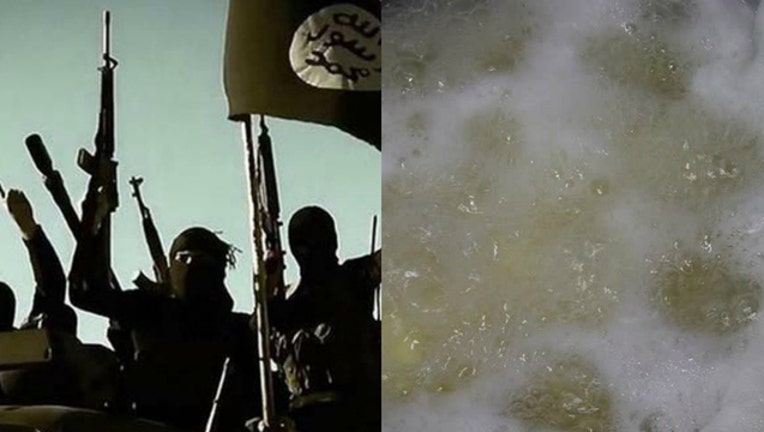 FOX NEWS - The Islamic State terror group boiled seven of its own soldiers alive after they apparently fled the battlefield in Fallujah, Iraq, local reports revealed on Tuesday.

Iraq declared late last month that ISIS had completely escaped Fallujah after its faceoff with Iraqi forces aided by coalition airstrikes. The Fars News Agency reported that the terror group punished seven militants who tried to escape by tying their hands and legs before throwing them into a large pot of boiling water. ISIS also shot and killed an additional 19 soldiers who tried to flee during a firefight in al-Shuhada and al-Nassaf in the central part of the city, according to reports.

Iraqi forces declared Fallujah fully liberated after government troops routed remaining ISIS fighters from the city's north and west under the close cover of U.S.-led coalition airstrikes. The battle, which began May 22, was the latest in a string of territorial defeats for ISIS in Iraq over the past year. At the height of the group's power, in 2014, ISIS rendered nearly a third of the country out of government control, having blitzed across large swaths of the north and west and capturing Iraq's second-largest city of Mosul. Since then, it was estimated to control only 14 percent of Iraqi territory, according to the office of Iraq's prime minister.

More than 500 ISIS fighters managed to escape Fallujah throughout the five-week offensive, an Iraqi officer told The Associated Press on Thursday. Earlier this year, more than 1,000 ISIS fighters were estimated to have fled the operation that retook Ramadi, the Anbar provincial capital.