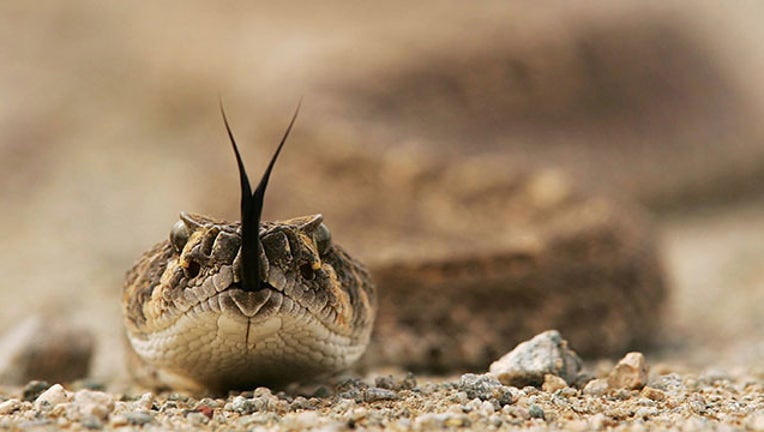 COLLETON COUNTY, SC - A South Carolina man is recovering after he was bitten three times by a rattlesnake while he was kayaking, WHNS reports.

Michael Adams, 28, was kayaking with family when they say he was bitten by the rattlesnake. The group stopped at the first house they saw and called 911 after his hand began swelling.

Family initially said that the snake fell from a tree and onto Adams, but his brothers said Tuesday that he yanked the snake out of the river because he thought it was an alligator.

The snake was captured by Adam's friends who traveled to a landing and called 911, WCSC reported.

Adams, who is an army veteran, is currently on a breathing machine, but is expected to make a full recovery.

On Tuesday the family said he was released from intensive care, but there are concerns about possible nerve damage from the snake bite, FOX Carolina reports.

If all goes as planned, Adams is expected to return home Wednesday or Thursday.