Sudden rainfall and cooler temperatures Monday in southern Australia gave hope to those battling the devastating wildfires that have ravaged the country.

SYDNEY - Sudden rainfall and cooler temperatures Monday in southern Australia gave hope to those battling the devastating wildfires that have ravaged the country.

At least 25 people have been killed and 2,000 homes destroyed by the blazes in Australia, which have so far scorched an area twice the size of the U.S. state of Maryland.

While the rain on Monday brought some relief to communities battling the fires, a challenge remains for fire crews attempting to complete strategic burns as they prepare for higher temperatures that have been forecast for later in the week.

“With the more benign weather conditions, it presents some wonderful relief for everybody, the firefighters, the emergency services personnel, but also the communities affected by these fires,” Shane Fitzsimmons, commissioner of the New South Wales Rural Fire Service, told reporters.

“But it also presents some real challenges when it comes to implementing tactical and strategic back-burns and other techniques to try and bring these fires under control.” 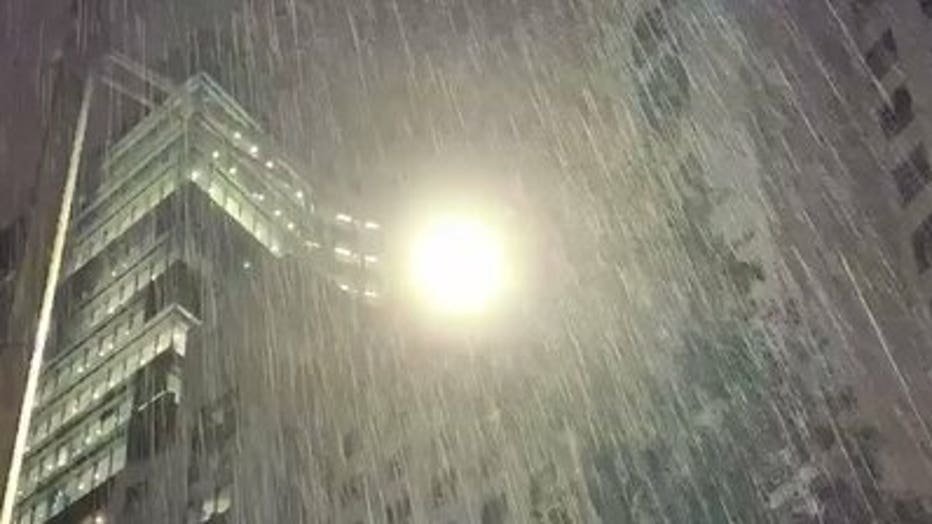 Heavy rain was greeted as a sign of hope for those battling the Australia fires.

While temperatures have dropped in regions consumed by the deadly blaze, officials say the rain won’t be enough to snuff out some of the largest and most dangerously affected areas, as Australia’s wildfire season is expected to last through March.

At least 2,000 homes have been destroyed and millions of animals are feared dead as Australia battles its way through what has been the country’s hottest and driest year on record.