NEW YORK (AP) - R. Kelly is unlikely to take the witness stand at his sex-trafficking trial, a lawyer for the R&B singer told a judge Tuesday.

The remark by attorney Deveraux Cannick, made with the jury out the courtroom, came as the defense wound down its case at the trial in federal court in New York City.

The potential spectacle of Kelly testifying has always been a long shot. U.S. District Judge Ann Donnelly said Tuesday that the defendant still had time to change his mind before closing arguments, prompting him to nod his head.

The prosecution's closing arguments could begin as early as Wednesday afternoon.

Kelly, 54, has repeatedly denied accusations that behind the scenes of a 30-year career highlighted by his 1996 megahit "I Believe I Can Fly," he was a sexual predator who groomed and exploited his young victims. His lawyers have portrayed the accusers as groupies seeking to take advantage of his fame. 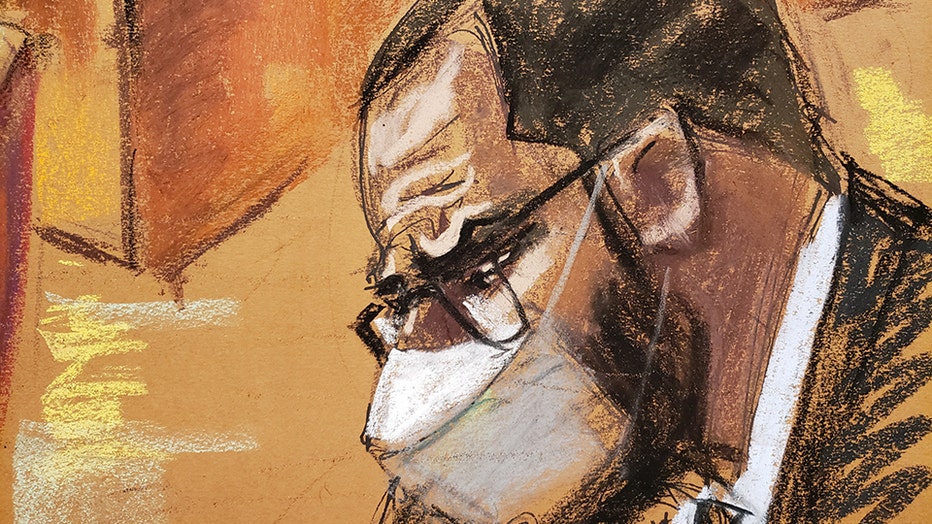 On Tuesday, accountant John Holder was among the latest former Kelly associates to testify for the defense that they never saw him torment his alleged accusers. Holder described seeing Kelly carrying around a backpack full of cash — proceeds from concerts — to take the women and girls on shopping sprees.

On cross-examination, prosecutors displayed for jurors a piece of evidence suggesting Holder's contributions were childlike: a flow chart of Kelly's business depicting a red cartoon octopus. 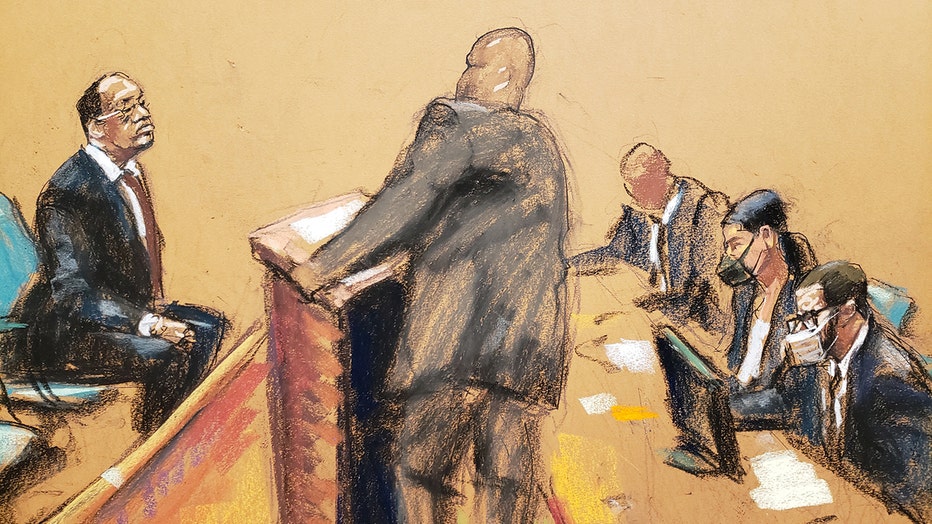 This courtroom sketch shows R. Kelly (far right) with his laywers at his trial on sex-trafficking charges in federal court, Brooklyn, N.Y., Tuesday, Sept. 21, 2021. An attorney questions a witness. (Sketch by Jane Rosenberg)