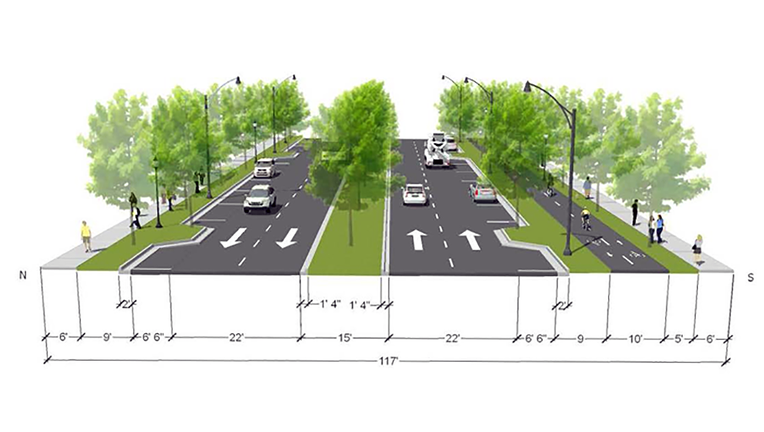 ORLANDO, Fla. - The Florida Department of Transportation (FDOT), in partnership with the City of Orlando and Dr. Phillips, Inc., is holding a public hearing regarding planned roadway improvements on segments of Princeton Street (State Road (S.R.) 438) and Orange Blossom Trail (U.S. 441) in Orlando.

The recommended improvements on Orange Blossom Trail (U.S. 441) from south of Industrial Way to north of Traylor Boulevard include a four-lane divided roadway with on-street parking, 6-foot wide sidewalks, and 10-foot separated bicycle lanes. Median access changes are proposed on Princeton Street with the introduction of a raised median.

The hearing will begin as an open house format at 5:30 p.m. A formal presentation will be given at 6 p.m., followed by a public comment period. Members of the study team will be available to answer questions and obtain input from attendees. A certified court reporter will also be present to collect and document comments, and will prepare a verbatim transcript of the presentation for the project record.

Project team members will be available to discuss the proposed improvements and to answer any questions you may have. Participants may provide public comment at any time. Written comments may also be submitted during the meeting or by mail.

Please send your comments no later than March 7, 2020 to Gustavo Castro, 400 South Orange Avenue, Orlando, FL 32802, or by e-mail at gustavo.castro@orlando.gov. You can learn more about the project at orlando.gov/packingdistrict.