People were out in Orlando having their voices heard on Juneteenth.

ORLANDO, Fla. - Dozens of protesters marched more than a mile to get to city hall from the Orlando Police Department headquarters as part of a Juneteenth Black Lives Matter protest.

Outside the department headquarters, protesters called on Chief Orlando Rolon to make changes.

Changes they're calling for include a ban on police chokeholds and strangleholds, de-escalation of violent situations, a warning before officers start shooting and requiring officers to exhaust all alternatives before shooting.

Organizers said they were happy with the turnout on the Juneteenth holiday. 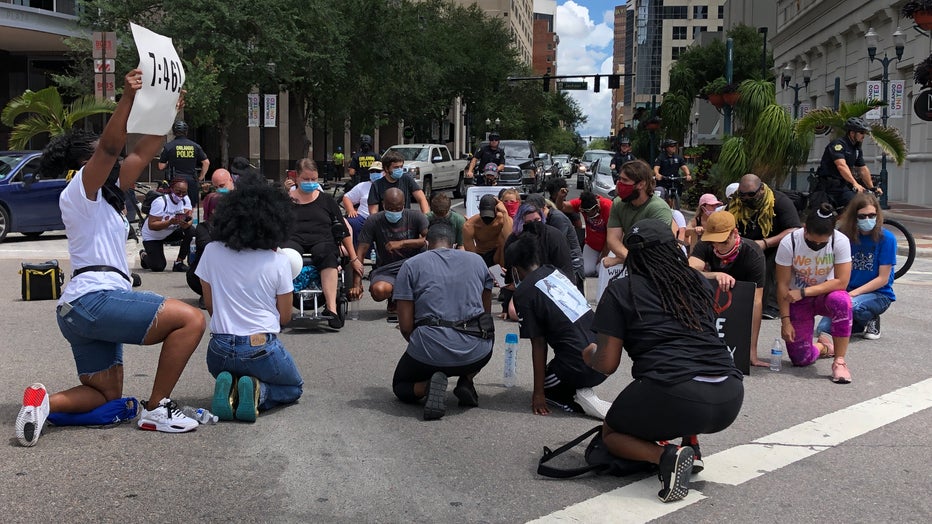 “The community - white, brown, yellow, orange, purple, and green - cause they got all kinds of hair colors, have come down here to support us and work with us,” said an organizer named Tina.

Marching from the Orlando Police Department to Orlando City Hall, demonstrators stopped in the street for more than seven minutes to mark the time an officer spent kneeling on George Floyd’s neck.

They aid it was important to be out there.

“Help the people that need it the most when they need it the most. If and when I personally or my community needs something, I'd like to think that I have help somewhere else,” said Chantal Fernandez.

Fernandez said there needed to be change.

“Everything has obviously improved,” she said, “but it's not equal by no means. There's still a fight to be had, progress to be made.”

The rally broke up a little earlier than they had planned after several hours of speeches on the steps of Orlando City Hall.