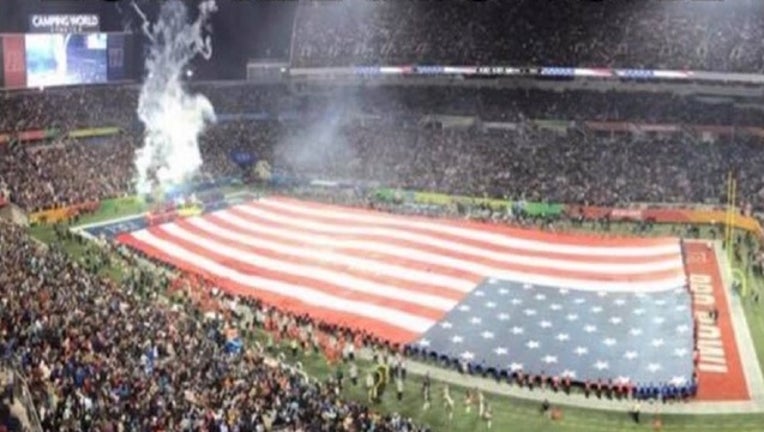 ORLANDO, Fla. (WOFL FOX 35) - The NFL announced Wednesday that the Pro Bowl will return to the Orlando in 2018, reports the Orlando Sentinel (http://bit.ly/2qcwMUt).

The game is scheduled to start at 3 p.m. at the Camping World Stadium on Sunday, Jan. 28, and will be simulcast for the first time on ESPN and ABC .

Orlando hosted the NFL all-star game for the first time this year and it was very well recieved, not only for the signature event but also for the week-long list of activities leading to it. The buildup, promoting all levels of football, will continue.

“The Pro Bowl is not only a time to watch NFL greats compete live, but it is also a unique opportunity to inspire youth and the next generation of stars,’’ said Peter O’Reilly, NFL senior vice president of events. “We received tremendous feedback from players, coaches and fans about Orlando’s first Pro Bowl, and we are excited to build upon that enthusiasm with a week-long festival that celebrates the entire football community.’’

Florida Citrus Sports CEO Steve Hogan said that the agreement made with the NFL was for two years, plus an option to host the 2019 Pro Bowl, so this announcement comes as no surprise.

Before moving to Orlando, the Pro Bowl had been played in Honolulu almost exclusively since 1980. The only times it had not been during that span was in 2010 in Miami and 2015 in Glendale, Arizona.