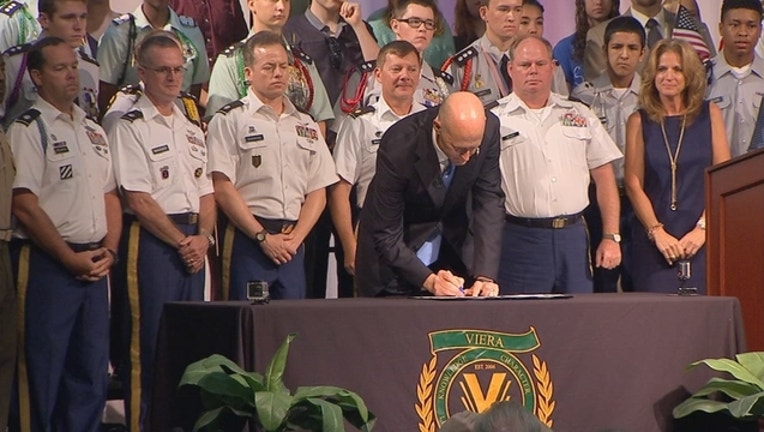 Trump on Friday told a crowd gathered in Miami that "I hope he runs" for the U.S. Senate. Scott has already said he is considering running for the seat held by Nelson in 2018.

Nelson, the only statewide elected Democrat in Florida, has already said he plans to run for a fourth term.

Scott was sitting near Trump when he made his comments. Trump looked over at the Republican governor and asked "Rick? Are you running?"

Scott and other prominent Florida Republicans joined Trump for his announcement that he was making changes to Cuban policies put in place by President Barack Obama. The new policy is only a partial reversal from that of the Obama administration.