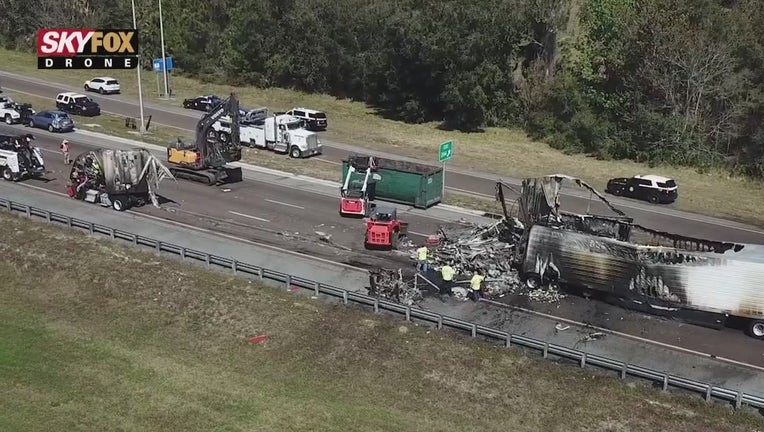 The aftermath of a ‘super fog’ crash on I-95 in Florida on Thursday.

Unfavorable weather conditions were present in more than one-tenth of the nation’s fatal crashes in 2020, federal officials report.

And of the 38,824 lives were lost in traffic crashes nationwide, roughly 11% of those occurred during rain, sleet, snow or other weather conditions. The NHTSA reports 29,585 fatalities happened under clear or cloudy conditions.

HERE’S WHY THE EVENING COMMUTE JUST GOT DEADLIER FOR MOTORISTS, PEDESTRIANS

While 2020 had a record-low fatality count under snow and sleet conditions, total fatalities have been on the rise year over year since 2011 after declining steadily in the mid-2000s.

Thick fog and smoke led to zero visibility and was likely to blame in what Florida authorities called a "mass casualty incident" on Thursday. At least three people were killed in several multi-vehicle crashes on Interstate 95.

"This is a phenomenon that happens throughout central Florida with our weather when we have the smoke and the fog mix, especially when it's cooler," said Lt. Kim Montes, of the Florida Highway Patrol. "Especially in the overnight hours."

Fatalities in the rain have also been on an upward trend since 2010, which recorded the fewest deaths at 2,046. 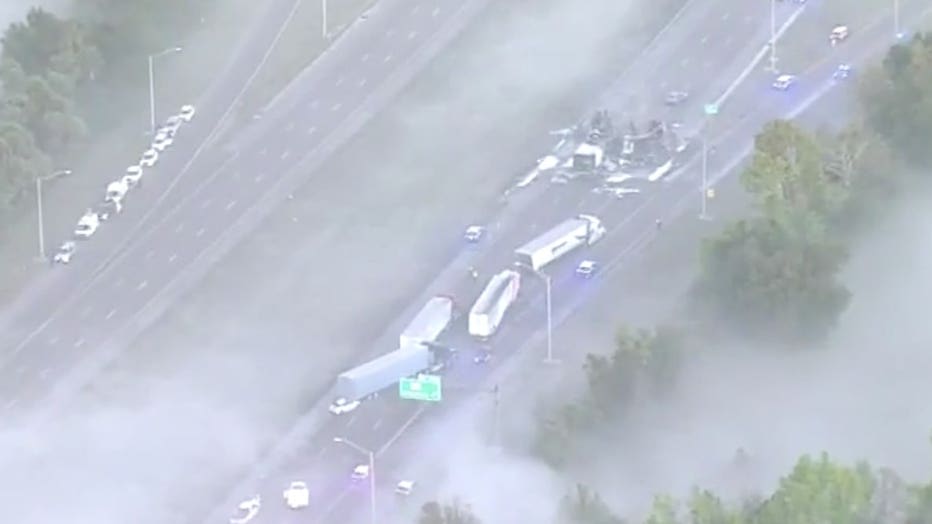 WHY CRUISE CONTROL IS BAD DURING HEAVY RAINFALL

Since 1982, fatalities in the rain account for 8% of total deaths, as snow/sleet conditions account for less than 2%.

"The rising fatalities on our roadways are a national crisis; we cannot and must not accept these deaths as inevitable," U.S. Transportation Secretary Pete Buttigieg said. "People should leave the house and know they’re going to get to their destination safely."

"The tragic loss of life of people represented by these numbers confirms that we have a deadly crisis on our nation’s roads," NHTSA’s Deputy Administrator Steven Cliff said. "While overall traffic crashes and people injured were down in 2020, fatal crashes and fatalities increased. We cannot allow this to become the status quo."

YOU WERE JUST INVOLVED IN A WEATHER-RELATED CRASH - NOW WHAT?

In January, the U.S. Department of Transportation released the federal government’s comprehensive National Roadway Safety Strategy to address the crisis in traffic fatalities and serious injuries.

Over the next eight years, more than $500 billion in the infrastructure measure will be spent for transportation, broadband internet and electric utility projects.

LINK: See more data and get updates on this story from FOXweather.com