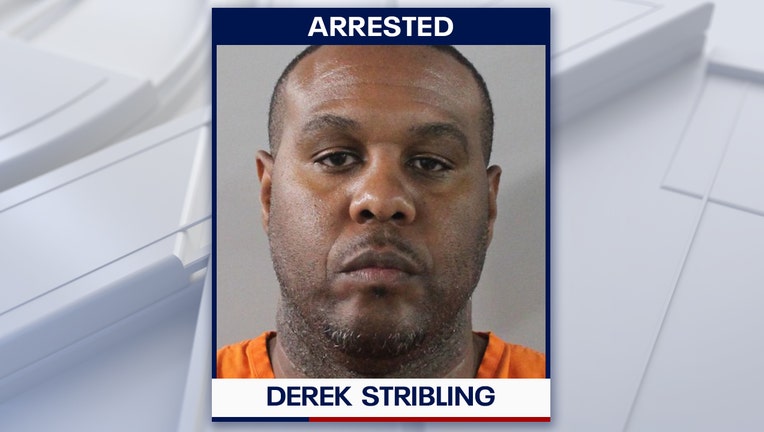 LAKELAND, Fla. - Deputies arrested a teacher at a private school in Lakeland after two students accused him of inappropriate sexual conduct, and investigators are concerned there may be additional victims at the school.

According to the Polk County Sheriff's Office, 39-year-old Derek Stribling worked as a history teacher, dean, and basketball coach at Crossroads Christian School in Lakeland.

Detectives began investigating Stribling after the school's principal contacted the sheriff's office, reporting that the teacher had sent explicit text messages to two of his female students. One of the victims is 18, while the second victim was 14 years old at the time of her encounter with Stribling.

The 18-year-old victim told detectives that Stribling asked her for her phone number on Feb. 14, 2022, so he could check up on her after she had told him about an argument with her father.

During their chat, Stribling told the teen that she had a "D" in his class, but that she could get extra credit to bring up her grade. She said he then initiated a sexual conversation over text messages and on FaceTime.

On a separate occasion, she said he tried to get her to meet him in a hotel parking lot for oral sex, but she refused.

The second victim reported an incident that she said happened back in 2020 while Stribling was her basketball coach.

The girl, who was 14 at the time, said Stribling had asked her to meet him in the gymnasium's equipment closet. She told detectives that he began kissing her while touching her chest and behind over her clothing.

She also claimed that he tried multiple times to get her to meet him for oral sex, but said she refused.

Both victims were able to provide details of Stribling's anatomy to detectives, the sheriff's office said.

"He is a bad man, he is a deviant, he is a pedophile," Polk Sheriff Grady Judd said, adding that the details of the crime infuriated him.

"Most teachers do everything they can to protect their students, but this guy was the complete opposite," Judd said. "He preyed on them for his own sick desires, and he should never be allowed to be near children again."

Investigators said that, based on his pattern of conduct, they believe there may be additional victims at the school.

"We really fear there are other victims out there," the sheriff said. "If there's two, why aren't there three, or four, or five? He's worked there for a long time, he's had a lot of access to a lot of children."

Detectives called on parents to have conversations with their children to determine if they may have been victimized by Stribling as well.