They said they are searching for 39-year-old Aroldo Paz, who was living with the victim – 74-year-old Perfecta Paz – and her sister. They said Paz was last seen Tuesday morning before her sister left for work. 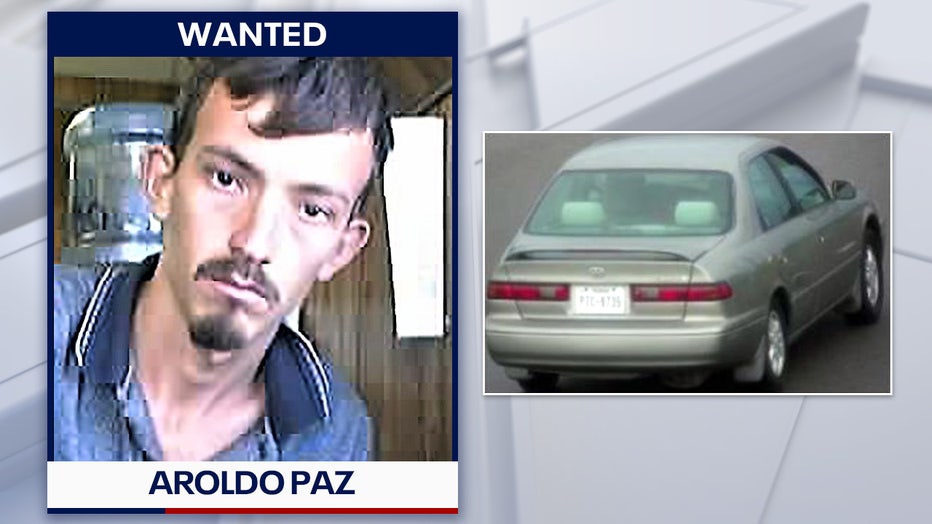 After her sister returned home around 3 p.m., Perfecta was gone. Aroldo told her that Perfecta "had too much pride and left home," Sheriff Grady Judd said Friday morning.

The next day, Wednesday, Aroldo went missing, along with his vehicle and belongings. Investigators said the victim also kept cash in the home, but it was also missing. He is believed to be driving a 1999 beige Toyota Camry with Texas license plate: PTC9735. Detectives said he could be in Texas.

Polk County deputies are searching for the man accused of murdering his aunt, who adopted him. He was living with the victim and her sister as he recovered from a construction-related injury in Texas. Deputies said he may have headed back to Texas.

On Thursday night, while checking the area around the Polk City home, detectives located freshly disturbed soil. The victim’s body was found buried there in a shallow grave. Sheriff Judd said she died in a "violent death."

Judd said Perfecta and her sister were in the U.S. legally after immigrating from Honduras. He said Aroldo was here illegally. Perfecta became Aroldo's adoptive mother after his biological mom passed away.

The sheriff said Aroldo illegally entered the country in 2003. He was working construction in Texas when he got injured and has been living with Perfecta and her sister for seven months in Polk County.

"He ruined the tranquility of that place forever when he murdered Perfecta and buried her in a shallow grave," Judd said, adding that detectives know how she was killed but didn't want to publicly reveal the information until they speak to him.

Anyone with information on his whereabouts is asked to call Heartland Crime Stoppers at 1-800-226-8477. A $3,000 reward is being offered for information leading to his arrest.