Arrest made in death of elderly Polk County man

AUBURNDALE, Fla. - Law enforcement agencies in Florida and Georgia helped arrest a man suspected of murdering an elderly Polk County resident, burying him in a shallow grave, and then fleeing to Georgia in the victim's vehicle.

Polk County Sheriff Grady Judd and Auburndale Police Chief Andy Ray discussed the winding murder tale during a press conference Thursday. Judd said investigators became aware of the situation when the victim's girlfriend reported him missing on March 9, six days after she had last seen him.

Judd said after police arrested 30-year-old David Jesse Williams in Georgia, he "fully confessed" to killing the 81-year-old Auburndale resident because Williams owed the man $2,000 for drugs. Williams told police he either had to pay or kill.

On March 3, Judd said the victim, who is not being publicly identified due to Marcy’s Law, the victim's girlfriend, and the suspect drove to a location in Polk City where someone was going to deliver them money. The victim was with the woman in the front seat and Williams was in the back.

Judd said, when it became apparent no one was going to show up, Williams reached around the victim with a cord and began choking the man.

The woman got out of the car and ran.

The sheriff said Williams put the victim's body in the backseat floorboard and covered it. Investigators say he then drove to find the woman, who he forced back into the car, and drove them all to Auburndale. 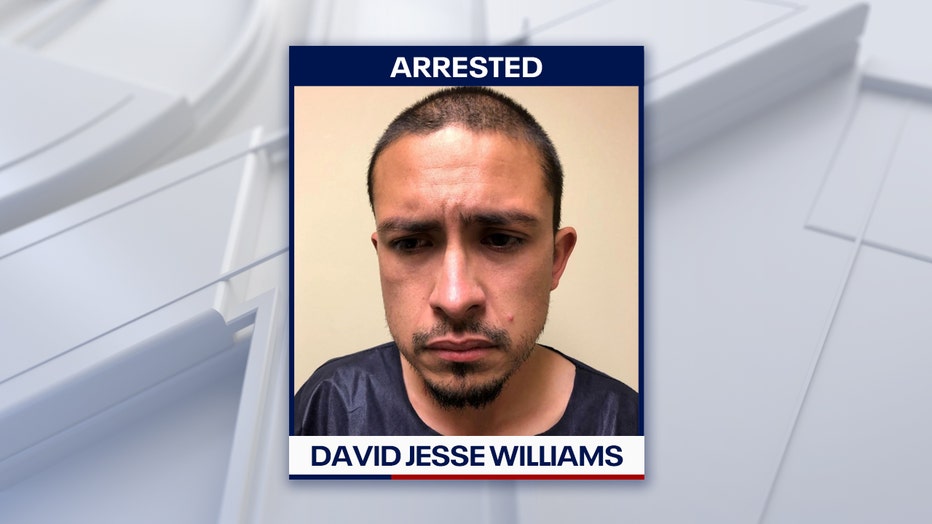 Judd said the woman was scared, but knew something was wrong. Six days later, she reported the victim missing. The sheriff also said the woman does not appear to have known the victim’s body was in the backseat when the suspect picked her up.

Meanwhile, investigators said they tracked Williams to a home in Hinesville, Georgia.

Sheriff Grady Judd said Williams was reportedly wearing gloves and was cleaning the inside of the victim’s truck when detectives arrived. They said there was blood inside the cab of the truck and a shovel in the truck bed.

Williams told them he moved the body to a shallow grave, where investigators found the victim with the rope still around his neck, according to the Polk County Sheriff's Office.

Due to jurisdictional rules, PCSO detectives traveled to Georgia and assumed the investigation.

"Partnerships with our fellow law enforcement agencies are vital to the safety of our communities. Auburndale police department officers did an outstanding job investigating the missing person case. Their work led directly to the discovery of Williams as the man who killed our victim. Georgia law enforcement did an outstanding job monitoring the suspect’s movements and finding key evidence in the case, including the location of our victim’s body. By combining our resources, we were able to take a violent criminal off the streets," Judd said in a statement.

Williams has been charged in Polk County with first degree murder, tampering with evidence, and grand theft auto.

Williams was also charged with aggravated assault with a deadly weapon in Auburndale.

Williams was being held in Liberty County, Georgia and will be transferred to Polk County "at a later date."