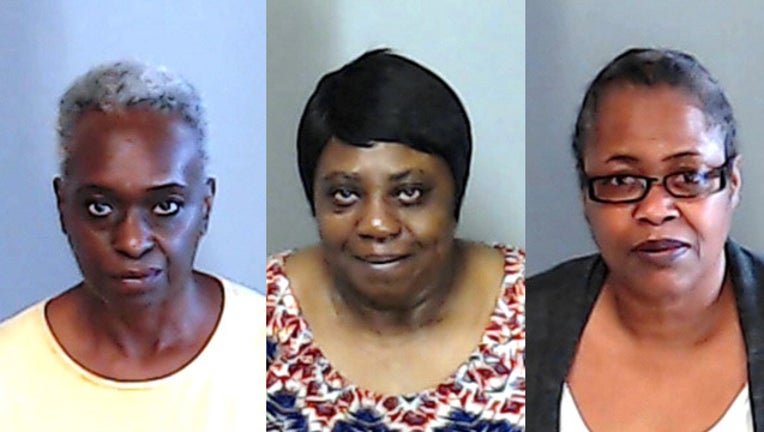 DEKALB COUNTY, Ga. - Police say that they have arrested three suspects in the death of an 89-year-old nursing home resident in DeKalb County.

According to the DeKalb County Sheriff, investigators arrested 63-year-old Loyce Pickquet Agyeman at her home in Snellville Friday without incident.

Agyeman is the third suspect who has been charged, to varying degrees, for failing to provide timely medical assistance to 89-year-old James Dempsey, resulting in his death on Feb. 27,2014.

She was charged with felony murder and neglect to a disabled adult. She has now been released on $10,000 bond.

Police say that 62-year-old College Park resident Mable Turman was also arrested on Friday at a home in Jonesboro. She is currently in custody at the DeKalb County Jail after being charged with murder, abuse neglect, exploitation of a disabled or elder person, and concealing the death of another.

Wanda Nuckles, a 61-year-old resident of Buford, had already surrendered to the DeKalb County Sheriff’s Office earlier that day once she was charged with depriving an elder person of essential services. She has also been charged with concealing the death of another and is in custody at the DeKalb County Jail.

A trial date has not currently been set for the three women. The case will be prosecuted by the Elder Abuse and Exploitation Unit of the DeKalb County District Attorney.