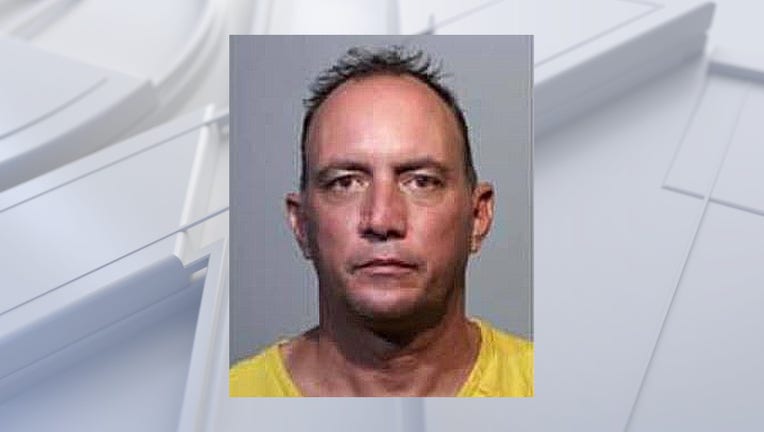 Investigators said they were tipped off to the suspect's whereabouts after it was observed that the motel name and room number where he was staying were printed on the back of the hold-up note handed over to the bank teller.

According to Longwood Police, it didn't take long for officers to spot 49-year-old Craig Joseph Naughtin walking southbound on U.S. Highway 17/92 in the direction of the Lake Fairy Motel.

Investigators said Naughtin has a history of passing notes at banks and has a 2015 arrest by the FBI for a similar crime in Pompano Beach, Florida.

Naughtin was arrested on charges of attempted robbery and attempted grand theft.  Officers said no money was taken from the bank.