Police are looking for the person who hit a woman riding her bicycle in St. Cloud and fled the scene.

St. Cloud, Fla. - Police are looking for the person who hit a woman riding her bicycle in St. Cloud and fled the scene.

An Orlando woman was riding her bike with a large group in St. Cloud. She was hit by a truck and went flying off her bike at Narcoossee Road and Terra Sole Pl. Witnesses say the driver was in a white F-150, fled the scene, and went down 10th street.

"I hear the loudest noise of my life. Just a boom and the next thing I know I’m skidding like a rock on the lake but unfortunately, I’m on the road on concrete," said Laura Zuluaga.

She has a broken Clavicle, road rash, and burns all over.

"You literally hit my body and left me on the side of the road and for all you know, I’m dead. Clearly, you didn’t care at the moment," said Zuluaga. "Your clavicle is attached to so many things that any movement just hurts so much." 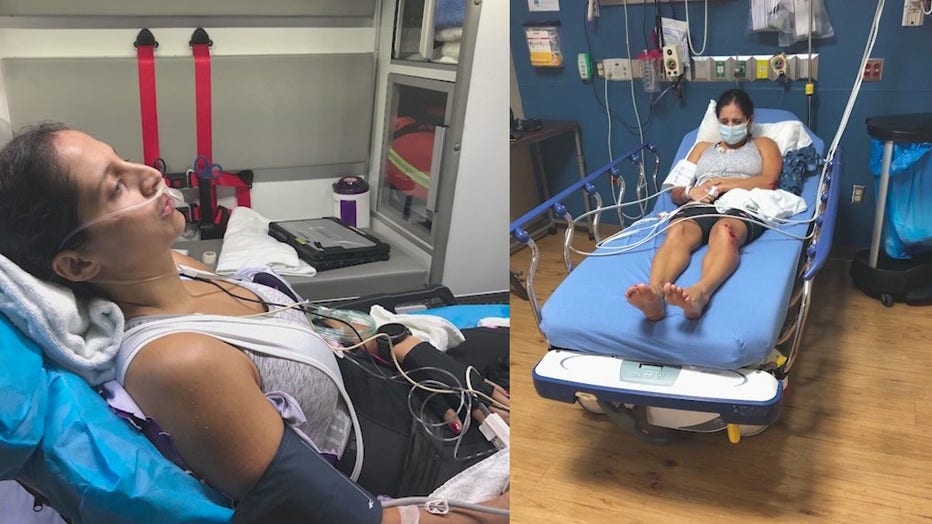 Zuluaga says she was rotating from the front of the line of cyclists to the back at the time she was hit. She claims she was still within the bike lane. Florida law says a driver must be three feet away from the bike lane, but Zuluaga says the driver was too close.

"Knowing I was doing the right thing, that I was following the law, and I was riding in the paceline like we’re supposed to within our bike lane," she said.

Zuluaga is hoping sharing her story can help someone else.

"It’s almost one of those things where it’s like I wish my alarm didn’t go off that morning. Everything happens for a reason and I hope I can at least bring awareness," said Zuluaga. "The roads are for all of us. There’s a reason why those bike lanes are put in place."

St. Cloud Police are looking for a white F-150 with a built-in silver toolbox and orange cones in the truck bed. If you have any information, call the police.