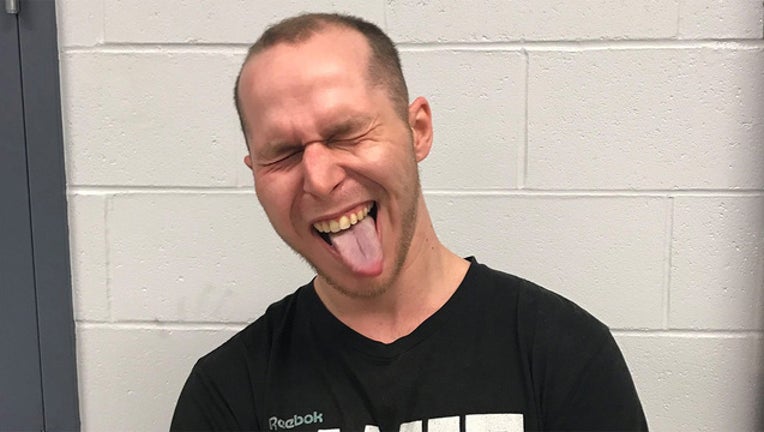 HAMPSTEAD, N.H. (AP) - A New Hampshire police department has issued a public service announcement with an odd mug shot after a man was arrested with marijuana in his car.

Hampstead police said in a release Monday, "as a public service announcement - it is illegal to possess recreational marijuana in New Hampshire, even if you only 'smoke it in Massachusetts.'"

The announcement came after the arrest of 27-year-old Selket Taylor, who was pulled over for using his cellphone while driving.

Police say they arrested Taylor after they saw he had a bag of marijuana in a cup holder.

Taylor has been charged with possession of a controlled drug, transporting a controlled drug in a motor vehicle and use of an electronic mobile device. In his arrest photo, Taylor is sticking out his tongue while his eyes are closed and arms are crossed.

No information on an attorney for Taylor could be located.

Recreational use and possession of small amounts of marijuana were legalized in Massachusetts last year.