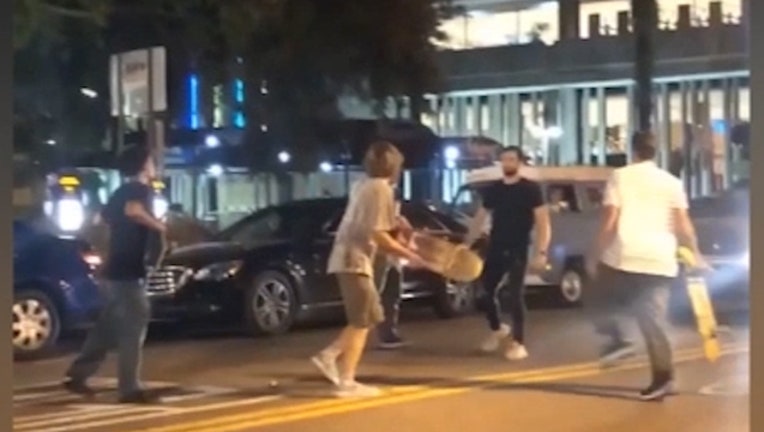 ORLANDO, Fla. (FOX 35 ORLANDO) - Authorities have identified three people who are accused of participating in the attack of a man in Downtown Orlando involving skateboards.

The attack happened months ago in the area of Central Blvd. and Court Ave. The Orlando Police Department obtained video of the incident, in which several suspects are seen using their skateboards to beat the man.

Police said, at one point, the victim tried to get away, but several of the skateboarders surrounded him and continued to attack.  They still don't know what exactly led up is to an argument between the victim and the group of skateboarders.

The victims told officers different stories about how the fighting started.  Josue Sanchez says he and his friend, Brett Thompson, were talking to a group of women when the skateboarders tried to talk to the women, triggering the fight. Thompson says the altercation was triggered after one of the skateboarders almost hit them while performing a trick. Thompson lost consciousness and was taken to a hospital.

Anyone with information is asked to call the Orlando Police Department or Crimeline at 800-423-TIPS (8477).