Bodycam video was released of an employee holding a robbery suspect in a chokehold until law enforcement arrived at the scene. Officials say another employee got a gun away from the suspect.

TITUSVILLE, Fla. -  Titusville police released bodycam video of officers running into a Domino's pizza store and finding a worker holding a woman in a chokehold.

Police say Ashley McClintock, 36, walked into the pizza shop and tried to rob it. 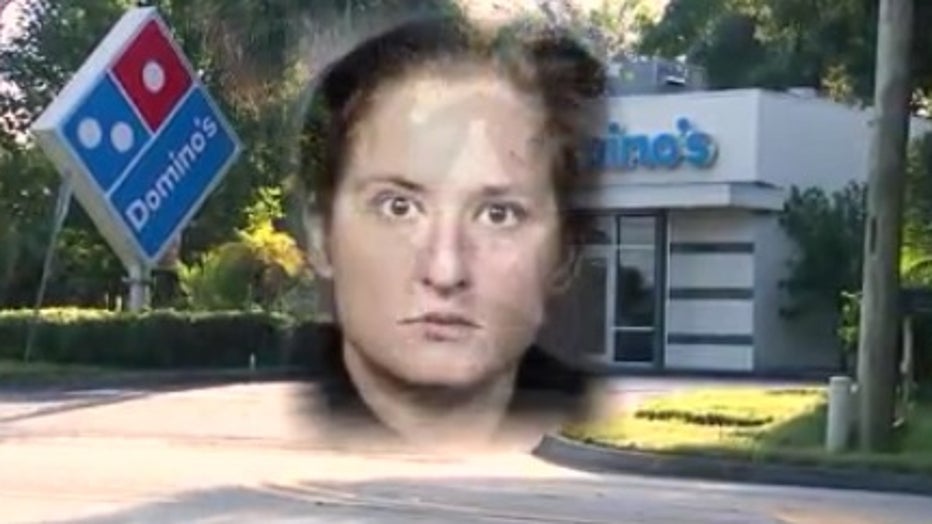 They say she had a real gun and it was loaded, but cashier Jasmine Potts, 18, said she thought the gun was fake.

"I went over, I was like, 'OK, OK' and I got the money out and I went like I was able to put it on the counter and then I grabbed the gun somehow and twisted it toward her, and was trying to fight her for it," Potts said.

“I thought about it for a second and just looked at the situation and I saw the gun was on the table. Jasmine’s hands was right on it. I thought, 'I’m gonna put her in a choke and see what happens,'” Wise said.

The employees say officers got there fast and immediately put McClintock in handcuffs.

“After interviewing her, it was obvious to us that she has a drug problem. She was desperate and she wanted money to buy drugs,” said Titusville Police Deputy Chief Todd Hutchinson.

Word of who stopped the robbery has been spreading fast.

Investigators say they’re glad no one was hurt.