Help pours in for Pet Alliance after fire

Help is pouring in for the Pet Alliance of Greater Orlando this week after a devastating fire.

ORLANDO, Fla. - The Pet Alliance of Greater Orlando confirmed on Tuesday that they have received nearly $1 million in donations since a devastating fire broke out in September, taking the lives of 23 cats and causing extensive damage to the building.

Over 13,000 people, businesses, and groups reportedly made donations.

"We know this community loves Pet Alliance, but we are still in awe of how Central Florida stepped up to support us these past couple weeks," the shelter wrote on Facebook. "In the wake of the fire on September 15, countless people have reached out with kind words of caring and sympathy. Donations of pet food, treats, towels and more have filled one storage space and are piled up on six pallets at a second space." 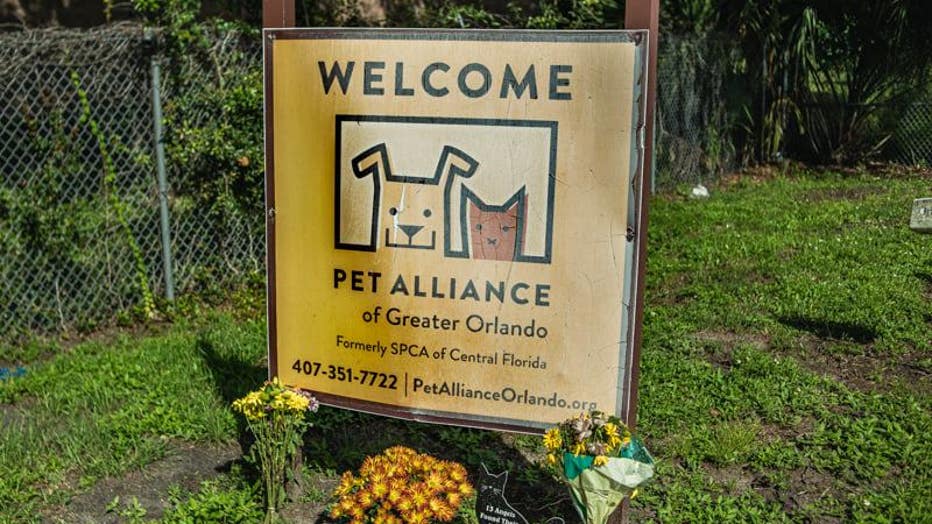 The Pet Alliance of Greater Orlando said that the money will go towards finding a temporary space for the shelter and its offices, as well as eventually finalizing its new permanent location for the animal shelter.

They explained that they need about 5,000 square feet of space in Orange County to temporarily handle intake services, volunteer support, and cat sheltering. Dogs will continue to be kenneled at their Sanford shelter. They also need office space for staff to temporarily operate out of Central Florida, providing administrative oversight and operational support.

However, the Pet Alliance of Greater Orlando said that they also are working on a new permanent animal shelter. They said that two years ago, they began planning a capital campaign to build a new Orlando facility. In March 2021, they purchased a piece of property on John Young Parkway but they need $14 million to finish establishing it.

"The total goal of the campaign is $14 million, and $2 million has been committed. The building alone is estimated to cost $10 million in supplies and labor," they said.

FOX 35 was at the Pet Alliance of Greater Orlando the night of the fire and into the next morning, witnessing firefighters battling massive flames throughout the building.

"If you run a shelter, this is literally your worst nightmare," said a visibly shaken Stephen Bardy, the Executive Director of The Pet Alliance, at the time. "To see your building on fire and know that there are animals in there that you're charged to care for and you can't go in."

While all 26 dogs made it out of the fire safely and many cats were also saved, 23 cats perished in the fire. Those rescued were temporarily relocated to the Sanford facility.