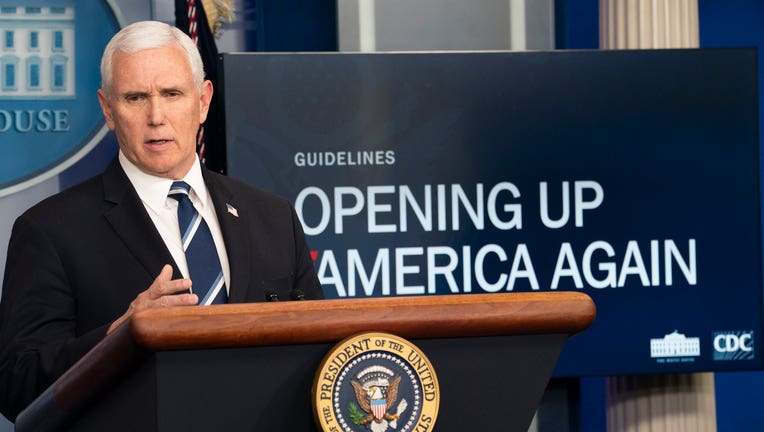 Photo by The White House

WASHINGTON D.C. - Vice President Pence vowed that coronavirus testing in the U.S. will increase substantially, allowing the country to progress according to the Trump administration's plan to gradually reopen the economy as the president works with governors to return American life to normal.

President Trump announced Thursday the White House’s plan for eventually rolling back social distancing measures and reopening the country’s economy in several phases -- depending on location -- amid the coronavirus pandemic.

“We believe the testing that we have today ... across the country, once we activate all of the labs that can do coronavirus testing, is sufficient for any state in America to move into Phase One,” Pence told "Fox News Sunday." The guidelines set out recommendations for three phases of reopening, as well as criteria for states to meet before even beginning with Phase One.

The vice president said 150,000 tests are currently being performed each day and that the number can be doubled if governors activate all labs in their states that can do testing. Some health experts have recommended 500,000 tests a day, but Pence believes that having "roughly 300,000" tests a day and monitoring vulnerable populations will be effective.

Trump has clashed with state governors in recent weeks over disagreements regarding when they will be ready to begin reopening. This has led to Trump tweeting calls to "liberate" certain states. When asked about this language, Pence said that "the American people know that no one in America wants to reopen this country more than President Donald Trump."

Pence gave an assurance that Trump is working with governors, and reiterated that there will be enough testing to get the country up and running again.

"At President Trump’s direction we are going to continue to fully partner with governors around the country and health officials in increasing and scaling the amount of testing and we have every confidence that we can have a sufficient amount of testing to be able to reopen America," Pence said, "not just in Phase One, but continue in the weeks and months ahead to expand testing in ways that will give the American people the confidence and the tools to be able to go back to work.”

MORE NEWS: Which US states are ready for phase 1 of reopening after coronavirus lockdown?

Pence then addressed the ongoing negotiations between Republican and Democratic lawmakers over increased funding for the Payment Protection Program, which provides forgivable loans for small businesses to continue to pay employees and meet expenses. Democrats had resisted simply infusing the program with an additional $250 billion, instead calling for more comprehensive legislation that addresses other concerns as well.

"The negotiations are going on. We’re very close," Pence said. House Speaker Nancy Pelosi also said Sunday that the two sides were nearing an agreement, which would come "soon."

The vice president also spoke about the suspicion that China has not been honest regarding the beginning of the outbreak in Wuhan, and said the administration will take a closer look.

“It is clear to us that not only was there a failure by the World Health Organization to communicate to America and the world what was happening in China, but also that China was not as forthcoming as they should have been with America or the world about what was happening," Pence said.

“The president has made it clear he is not happy. We’re going to make proper inquiries into this at the proper time.”