Orlando police officers are trying to find out who shattered a window of a church run by a community activist.

ORLANDO, Fla. - Orlando police officers are trying to find out who shattered a window of a church run by a community activist.

Pastor Stovall said he wondered why anyone would vandalize the God is Able Outreach church.

He said it happened on Sunday night, but nothing was stolen.

He said he believes the act may have been in retaliation for him discouraging violence during the George Floyd protests. 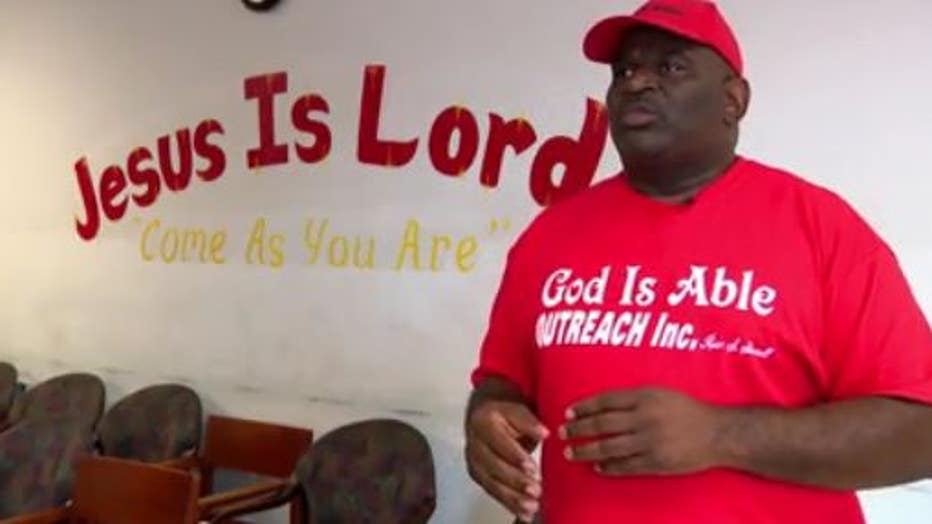 "We continue to have a bond on one accord, even law enforcement and everything," he said. "We need the peace."

Pastor Stovall organized plenty of marches to stop the violence over the years.

He also said he wonders if the vandalism is in connection to the shooting death of his daughter, Renisha Lee, 27, back in February.

FOX 35 asked, "How are you holding up after the loss of your daughter."

Pastor Stovall said, "It’s been up and down, especially with my wife. It’s been rough, real rough."

He said the landlord is pulling surveillance video from outside his church, so they can catch the vandals.

"Even though we ain’t seen the camera yet, we’re getting ready to see it, but you still been caught because God seen you."

Pastor Stovall said he will continue promoting peace and has a message to the people responsible.

Anyone with information on the act of vandalism or the death of Pastor Stovall's daughter is asked to call the Orlando Police Department.