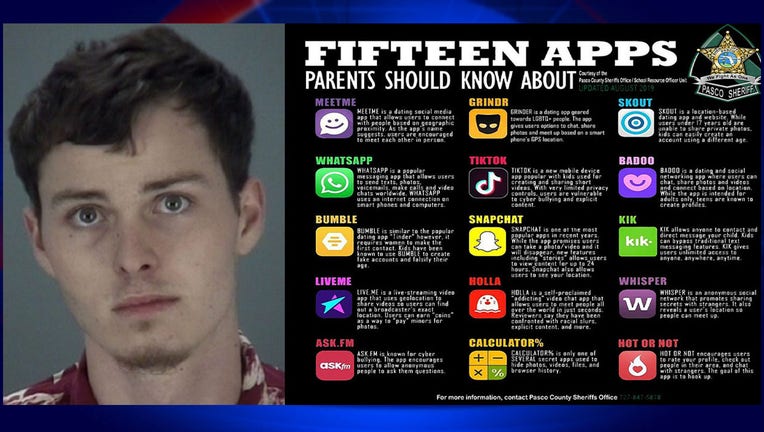 That's the warning for parents from the Pasco County Sheriff's Office after a 22-year-old man was arrested for allegedly raping a 10-year-old child he met through Snapchat.

According to the sheriff's office, Austin Altman drove to Hernando County to pick up the girl and then drove her back to his residence, where they said he raped her. The victim reportedly told Altman to stop at least four times.

The crime prompted the sheriff's office to release a list of apps that they said predators use to target kids.

"Over the weekend a 22 year old man was arrested for enticing a 10 year old girl out of her house and brought her back to Pasco County. Here are a list of apps all parents should be aware of."

The apps that deputies say parents need to monitor include:

Last month, the Sarasota Sheriff's Office released a list of 21 apps to watch out for after 23 suspected child predators were arrested during "Operation Intercept VII."