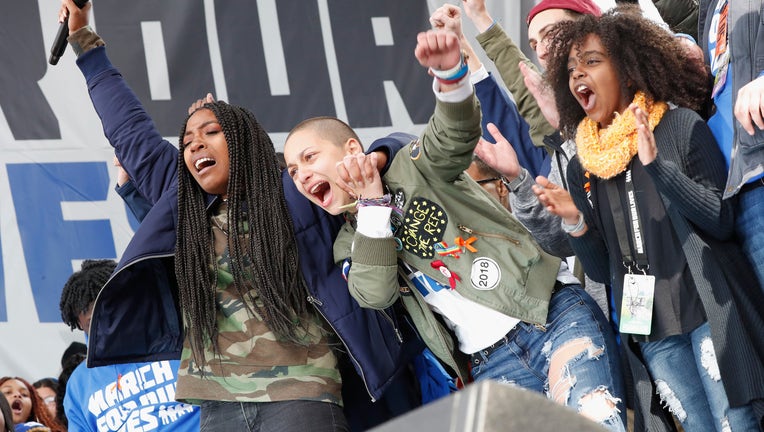 Photo by Paul Morigi/Getty Images for March For Our Lives

PARKLAND, Fla. - A group of survivors from the 2018 Florida high school massacre is hitting the road to help register young voters across the country before the November election, seeking to bring about their vision for gun reform.

The student group March For Our Lives will visit nine states starting Monday, including Arizona, Colorado, Michigan, Texas and Georgia, creating on-the-ground art exhibitions that will parallel digital rallies all aimed at capturing the elusive, hard to engage youth vote. Their first stop is in Miami.

Each stop will feature public art exhibits to raise awareness on issues that intersect with their mission for gun violence prevention, including racial injustice, immigration, health care and economic inequality.

The group was founded by David Hogg, Emma Gonzalez, Jaclyn Corin and several other students after the 2018 Valentine's Day shooting at Marjory Stoneman Douglas High School in Parkland that left 17 dead.

MORE NEWS: Looking back at the Parkland school shooting

Since then, the student group has rallied hundreds of thousands around the country for tighter gun laws, including a nationally televised march in Washington, D.C, that landed on the cover of Time magazine and received the International Children's Peace Prize from Archbishop Desmond Tutu.

March For Our Lives is partnering with organizations including Dream Defenders, United We Dream, Sunrise Movement and International Indigenous Youth Council.