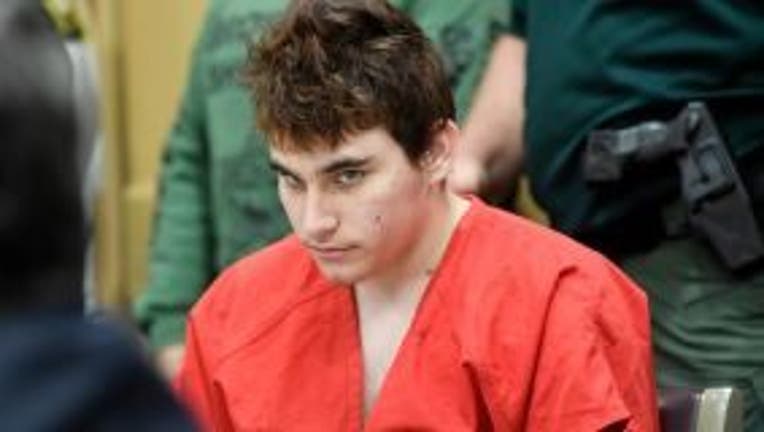 FORT LAUDERDALE, Fla. - The former student accused of murdering 17 people at a Florida high school cannot be called derogatory terms such as "animal" or "that thing" by prosecutors or their witnesses at his upcoming trial, but calling the killings "a massacre" is legitimate, the judge has ruled.

Circuit Judge Elizabeth Scherer said in a ruling released Friday that it’s impossible to create a complete list of words that jurors shouldn’t hear to describe Nikolas Cruz when he’s tried for the Feb. 14, 2018 killings at Marjory Stoneman Douglas High in Parkland.

She sided with Cruz’s attorneys that calling him names like "animal" or "that thing" during testimony, as some victims’ parents have done in media interviews, would cross the line. But she said the defense request this week that Cruz only be called by his name or "the defendant" goes too far.

"Some words and terms the Defendant requests not to be used, such as ‘school shooter,’ ‘murderer,’ or ‘killer,’ in and of themselves are not derogatory," Scherer wrote. "They are normal words that may be used to describe particular facts."

She also said that the request by Cruz’s attorneys that the killings only be referred to as "the incident," the "mass shooting" or "the tragedy" also goes too far, saying terms like "massacre" are legitimate and not derogatory or inflammatory.

Still, she cautioned prosecutors that they must act professionally when referring to Cruz, and warn their witnesses to avoid obviously derogatory names when testifying about him. She said if Cruz’s attorneys believe anyone crosses the line, they can object immediately and she will rule in court.

"A trial is not the time for the attorneys to editorialize or give their opinions of a defendant," she said. "The trial attorneys shall present the evidence, and the jury shall make their determinations based on the evidence presented."

Cruz, 22, has pleaded not guilty, but his attorneys have said he would plead guilty in exchange for a life sentence. Prosecutors are seeking the death penalty and have rejected the offer.

No trial date has been set.