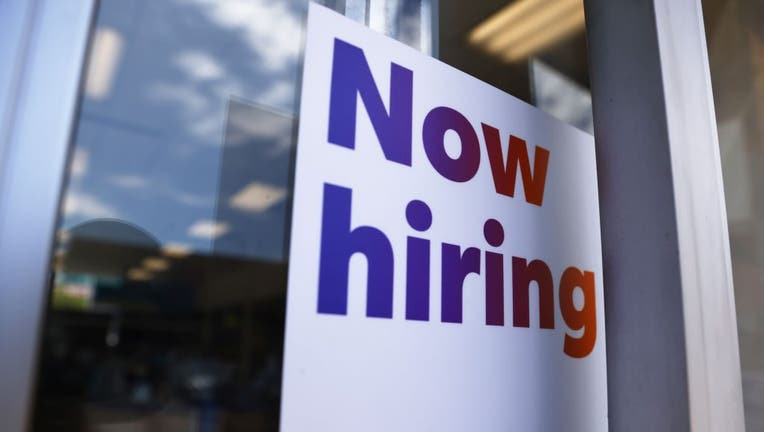 A 'Now hiring' sign is displayed at a FedEx location on June 23, 2021, in Los Angeles, California. (Photo by Mario Tama/Getty Images)

TALLAHASSEE - As the hotel industry pushes for more federal assistance to cover the costs of workers, Florida continues to see little change in the number of new unemployment claims being filed.

The U.S. Department of Labor on Thursday estimated 6,509 first-time unemployment claims were filed in Florida during the week that ended Oct. 2, down from a revised count of 7,713 for the week ending Sept. 25.

The agency initially had estimated Florida’s count for the week ending Sept. 25 at 6,502 claims.

Since mid-May, the state has averaged 7,935 new claims a week. Over the past four weeks, the weekly average stands at 7,825. Those numbers are dramatically lower than the number of claims that poured into the state Department of Economic Opportunity after the COVID-19 pandemic began battering the economy in March 2020 and April 2020.

Nationally, 326,000 initial unemployment claims were filed last week, down 38,000 from the prior week, according to the Department of Labor. Over the past four weeks, the national weekly average stands at 344,000.

Florida Department of Economic Opportunity Secretary Dane Eagle told Enterprise Florida board members last week that efforts to get Floridians back into the workforce should soon start to pay off.

Other federal unemployment programs that were part of pandemic recovery efforts ended Sept. 6.

On Tuesday, Lisa Lombardo, chief people and culture officer for Ocala-based HDG Hotels, joined U.S. Rep. Charlie Crist, D-Fla., in calling for more federal assistance for the hotel industry. Along with facing problems in hiring workers, the industry has suffered from a drop in business travelers during the pandemic. Hoteliers had hoped business travelers would help take the place of leisure travelers after the new school year began.

"The labor crunch has made affording talent a goal," Lombardo said in a conference call. "It might seem as though hotels are packed in some markets. And it's hard to find rooms in some markets. But we know of friends in the industry who are closing down entire floors of their hotels because there aren't team members to clean the entire hotel, to prepare that hotel for what we hope will be the return of business."

The American Hotel & Lodging Association projected Florida hotels will lose $5.34 billion in business travel revenue this year, with it down 60.7 percent from the pre-pandemic year of 2019.

Crist, who is running for governor in 2022, was promoting his "Save Hotel Jobs Act" legislation that would provide grants to hotel owners and operators to cover employee payroll and benefits.

Business owners in a wide range of industries have complained about shortages of workers --- shortages that also are plaguing Florida’s prison system. The state Department of Corrections continued recruitment efforts this week by saying it was providing $1,000 bonuses for newly certified correctional officers at many prisons across the state.

Florida had a 5.0 percent unemployment rate in August, representing 529,000 people qualifying as being unemployed from a workforce of 10.54 million.