Over a hundred people gathered in response to the death of George Floyd.

PORT ORANGE, Fla. - Over a hundred protesters gathered along the International Speedway Bridge on Sunday in response to the death in Minneapolis of George Floyd, a black man who pleaded for air as a white police officer pressed a knee on his neck.

The protesters chanted peacefully, held up signs demanding justice, and listened to speeches throughout the demonstration.

The Volusia County Sheriff's Office actually thanked the demonstrators for staying peaceful throughout the protest.

At one point, Kale Cafe even began handing out free smoothies to protesters. 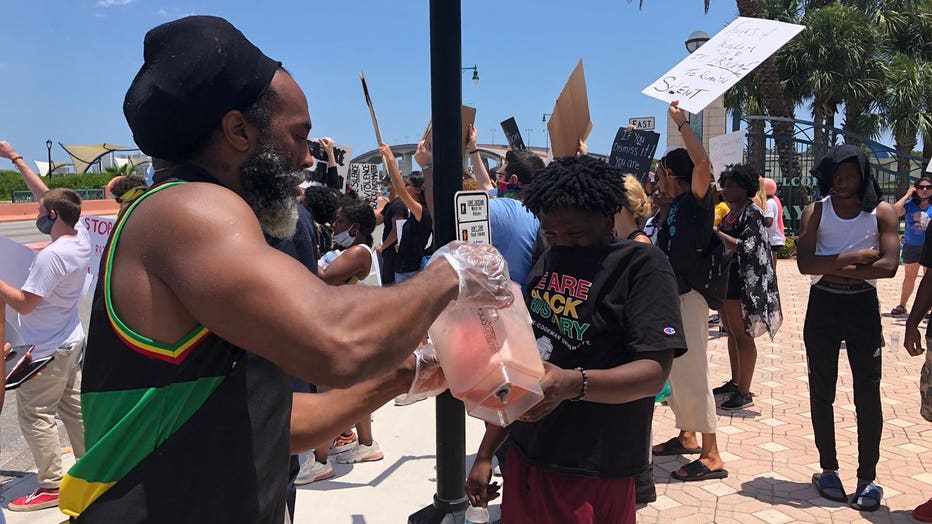 Other Central Florida protests were not as peaceful.

For example, protesters marched up and down the streets of Downtown Orlando on Saturday, demanding justice for George Floyd. When protesters started to set off fireworks, police responded with pepper spray.