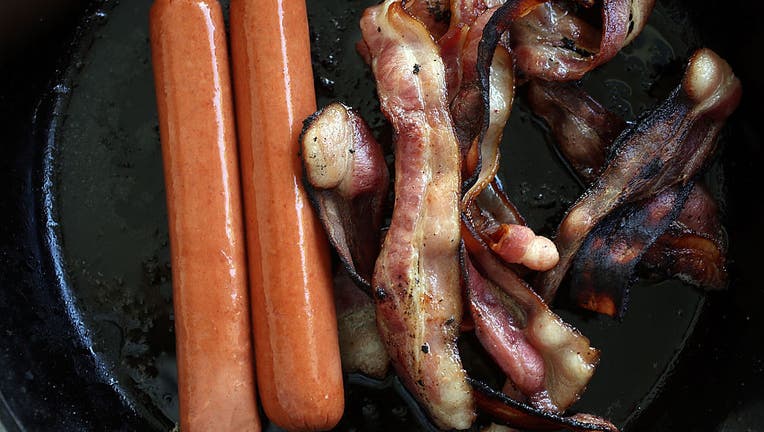 FILE IMAGE - In this photo illustration, processed meats, including hotdogs and bacon, cook in a frying pan on Oct. 26, 2015, in Miami, Florida. (Photo illustration by Joe Raedle/Getty Images)

Federal health officials are warning consumers that over 87,000 pounds of meat products are being recalled because they "may be adulterated with Listeria monocytogenes."

According to a notice posted by the U.S. Department of Agriculture’s Food Safety and Inspection Service (FSIS), Behrmann Meat and Processing's various ready-to-eat (RTE) meat products were recalled after testing revealed "Listeria monocytogenes in the processing environment and in products produced by the establishment."

The approximately 87,382 pounds of affected meat products were sold to retail locations and wholesale distributors in Illinois, Kentucky and Missouri, officials said. 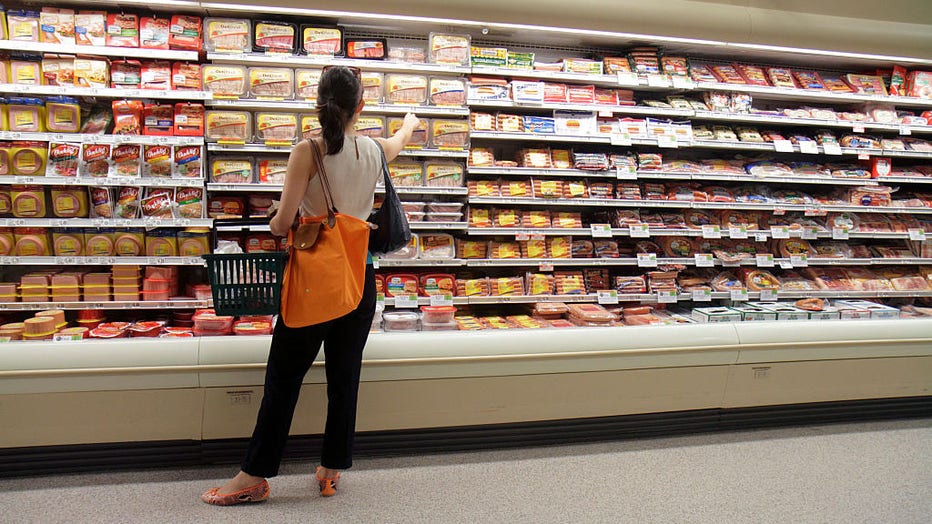 FILE IMAGE - A woman looking at packets of sausages in a grocery store. (Photo by: Jeffrey Greenberg/Universal Images Group via Getty Images)

The affected products were produced between July 7, 2022, to Sept. 9, 2022, and can be identified by the establishment number EST 20917, which is inside the USDA mark of inspection.

According to FSIS, there hasn't been any reported illnesses or adverse reactions related to the recalled products.

Still, consumers who consume the bacteria can fall ill with listeriosis.

What to know about listeria

According to the U.S. Centers for Disease Control and Prevention (CDC), Listeriosis is an infection usually caused by eating food contaminated with Listeria monocytogenes.

According to the Centers for Disease Control and Prevention (CDC), listeriosis is defined as a serious infection.

People with weakened immune systems and elderly individuals as well as pregnant women and their newborns are most at risk for a serious infection, the CDC said. Each year, about 1,600 people get sick with listeriosis and 260 die, the CDC reported.