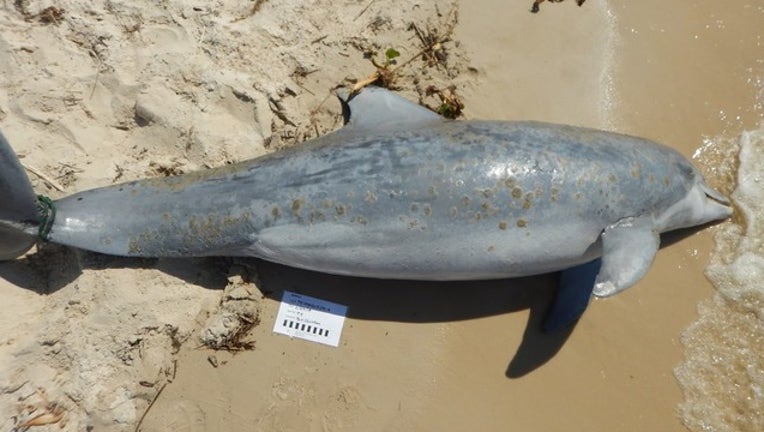 FOX 35 ORLANDO - Over 260 bottlenose dolphins have died after becoming stranded up and down the Gulf Coast.

On Friday, NOAA Fisheries reported that elevated bottlenose dolphin strandings are occurring in the northern Gulf of Mexico, including Louisiana, Mississippi, Alabama, and the panhandle of Florida. Since February 1st, 2019, more than 261 dolphins have stranded. This is about three times higher than usual. NOAA has declared this an 'Unusual Mortality Event.'

NOAA said that it is too early to determine the cause of the strandings, especially as many of the dolphins recovered are very decomposed, limiting the ability to collect samples and determine the cause of illness or death. The dolphins were also stranded in remote locations, limiting the ability to examine or recover the carcass.

An investigative team is reportedly being assembled to review collected data and provide guidance on the strandings. The public can assist investigators be immediately reporting any sightings of live dolphins in distress or stranded (floating or on the beach) by calling 877-WHALE-HELP. The U.S. Coast Guard can also be contacted on VHF Channel 16 or through the Dolphin and Whale 911 app.

NOAA also recommends the following if you discover a stranded dolphin:

All marine mammals are federally protected by the Marine Mammal Protection Act. Only local and state officials and people authorized by NOAA Fisheries may legally handle live and dead marine mammals.