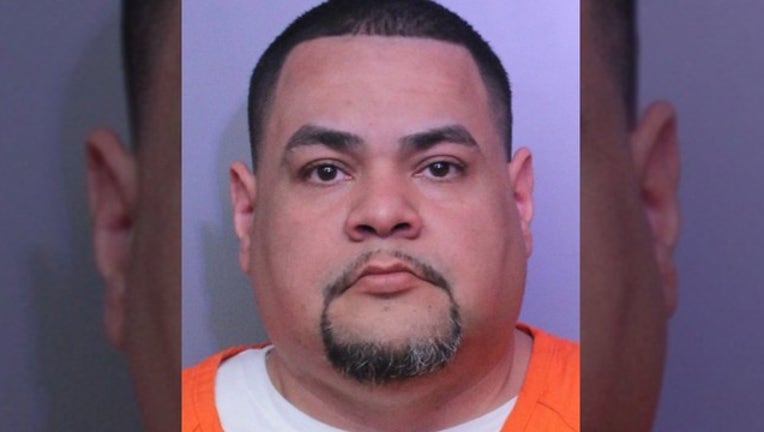 POINCIANA, Fla. (FOX 35 WOFL) - A Osceola County Sheriff's Office dispatcher was arrested on Saturday in Poinciana for Driving Under the Influence of Alcohol or Drugs.

The Polk County Sheriff's Office says that their deputies arrested 39-year-old Michael Gonzalez of Kissimmee for one count of Driving Under the Influence of Alcohol or Drugs.

They say that around 9:30 p.m., deputies responded to a single-vehicle crash in the area of Poinciana Parkway and Cypress Parkway in Poinciana. The crash involved a Nissan Murano stuck in a ditch and surrounded by water. The vehicle had to be towed out of the ditch so the driver, Gonzalez, could exit the vehicle.

Deputies say that once he exited the vehicle, Gonzalez exhibited several signs of impairment before and during field sobriety tests. Gonzalez gave two breath samples at the Polk County Sheriff's Office booking facility. Both displayed a breath alcohol level of .142. Gonzalez was booked into jail and has since been released after posting $500 bond.

There was said to be no one else in the vehicle with him and no other vehicles were involved.

According to the report, Gonzalez told deputies he has been a full-time dispatcher for the past two years at the Oscoela County Sheriff's Office.