Good Samaritans are credited with saving a man's life, according to his wife. Now she wants to express her gratitude.

ORLANDO, Fla. - Good Samaritans are credited with saving a man's life, according to his wife. Now she wants to express her gratitude.

"He’s got a unique form of Parkinson’s and he was at the emergency room at Advent Health," said Sara Brady.

Her 77-year-old husband, Barry Brady, was being treated at the hospital, but when he got up to go to the bathroom at the ER, he somehow ended up outside.

"It’s not like he was trying to do a big escape. He got turned around, recognized where he was, and thought it was easier to go home."

Sara said the couple lives within walking distance of the hospital. So when Barry decided to walk home, he ended up falling in a crosswalk at Mills and Rollins. As he crossed, he fell down, suffering terrible injuries.

"A fractured jaw, pallet, and cheek. Has a big gash on his eye, covered in blood. And some woman, he said she was small, pulled over and dragged him out of the road. And I think two others, I think they’re men, put their cars around them and surrounded them from the oncoming traffic. " 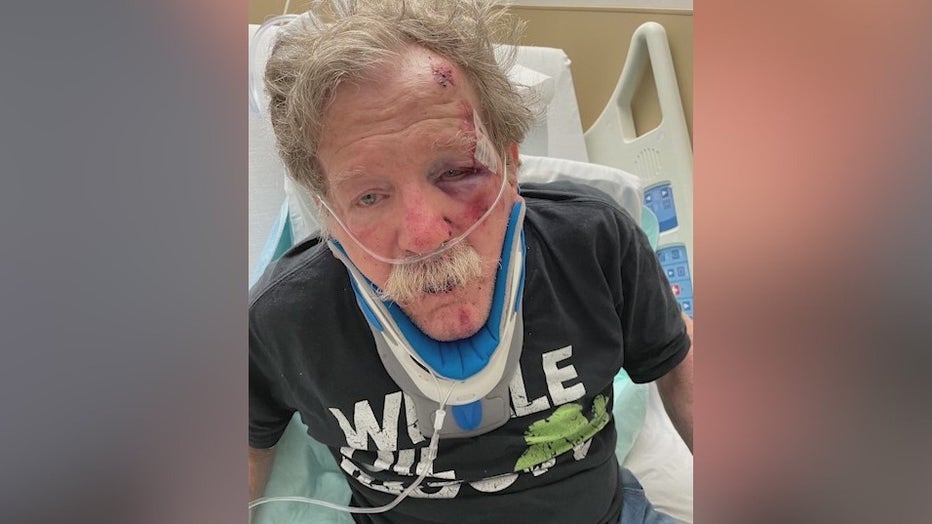 Barry Brady, who suffers from Parkinson's Disease, was pulled from a busy Orlando intersection after he had fallen in the crosswalk.

"I can’t measure the level of gratitude I have. I’ve been married to him for 24 years. We’ve been together for 35 years and we met when I was a newspaper reporter and he was working at the Sheriff’s Office."

Barry is a retired deputy.

She believes someone could have run him over. She hopes to locate the people who helped her husband.

"He would be dead. Whoever these people are that saved his life, they have to give me the opportunity for me to say thank you."

The incident happened on July 9 at 7 a.m. To contact Sara, email her at sbrady4000@gmail.com