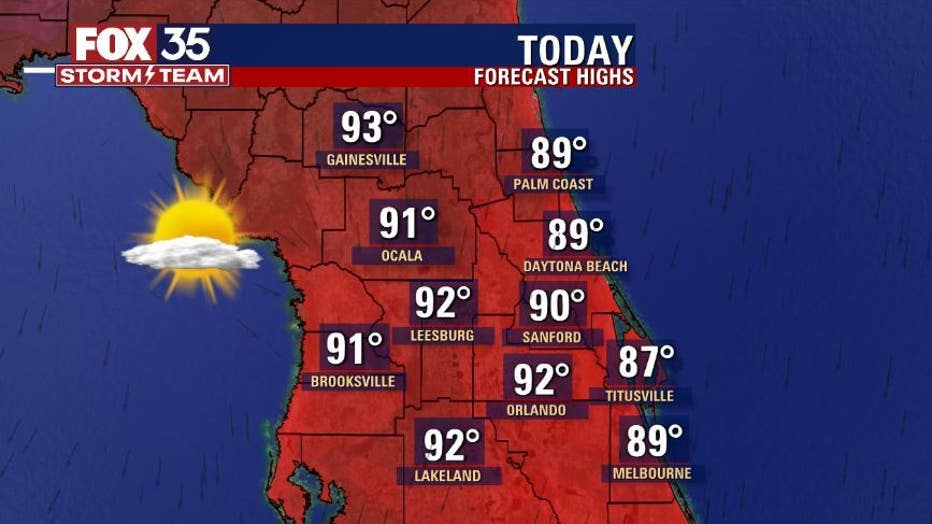 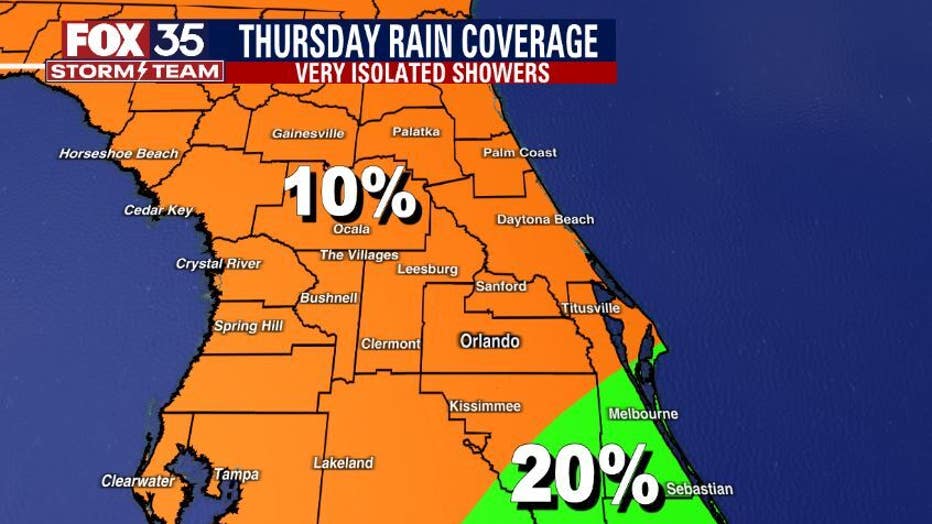 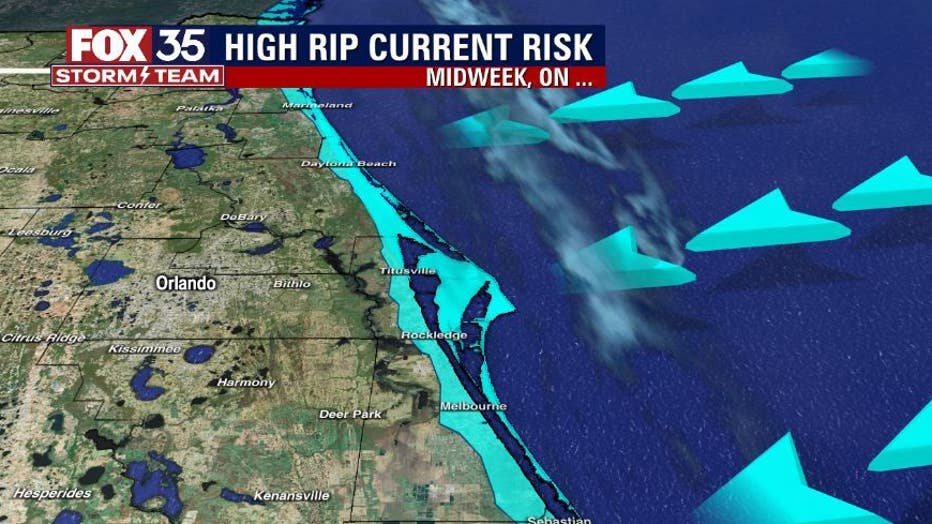 Breaking waves in the 4-6' range with a few larger waves at times. A "longshore" will also be at play at all time today through the weekend. A longshore current is a fast moving channel of water that races from North to South. This current will be encountered immediately upon entering the surf zone.

BEACHES:
The beaches see plenty of sunshine today with the highest chance of coastal rain down in Brevard County and mainly before noon. Chances there are around 20% or less.

Dangerous breaking waves will be present at all Central Florida Atlantic beaches. Surf heights will be in the 4-6' range with a few larger waves at times. Rip current threat is sky high-life threatening through the weekend. Surf will ease by late weekend, rip current threat will remain, however.

THEME PARKS:
Plenty of sunshine at the parks today! Highs will hit in the lower 90s and rain chance are at ZERO! Sunscreen and hydration will both be a must today. Enjoy it!

EXTENDED OUTLOOK:
Rain chances are on the fall for the remainder of the week and through the weekend, most areas see coverage at 20% or less. Sunshine prevails. Next week, the FOX 35 STORM TEAM will be monitoring a potential tropical system possibly in the Gulf of Mexico around Tuesday, September 27th.

The proximity to the Florida Peninsula will determine forecast details. Current thinking is that breeze and rising rain chances could be at play then. Stay with the FOX 35 STORM TEAM for the latest as the situation evolves.

In the tropics....FIONA remains a major cat 4 hurricane, on the way to Bermuda currently. Hurricane warnings are in effect there. FIONA impacts here in Central Florida will be a huge increase in surf and deadly rip currents along all Central Florida Atlantic Beaches. Gaston stays in the North Atlantic, no threat to land. 2 areas West of Africa are also being watched for possible development. Closer to home DISTURBANCE #1 is located close to the South American coast-near Trinidad. 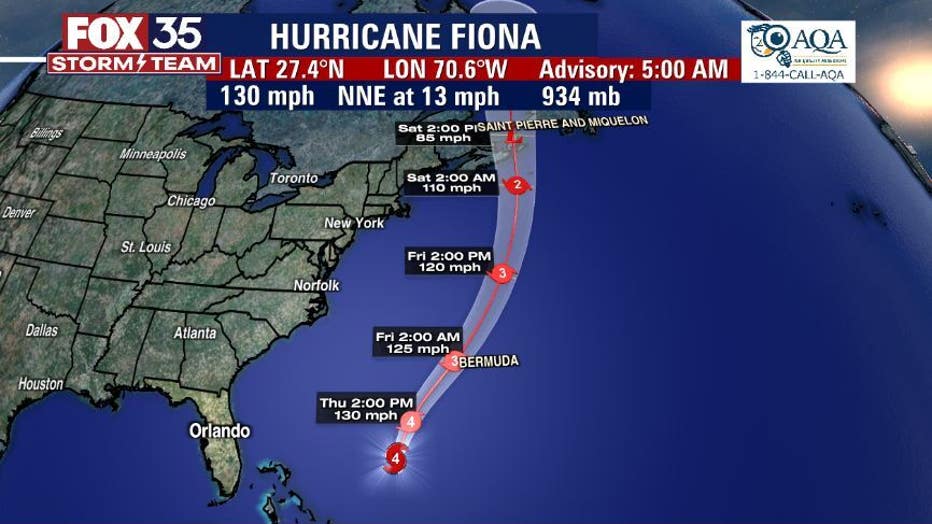 While development with this system has been slow, most forecast models develop this feature over the next few days. Disturbance 1 will be named HERMINE once intensity reaches tropical storm status. Long range models bring this system closer to the Northwest Caribbean or Southern Gulf of Mexico by early next week. Right now, there's much disagreement amongst many of the tropical models. 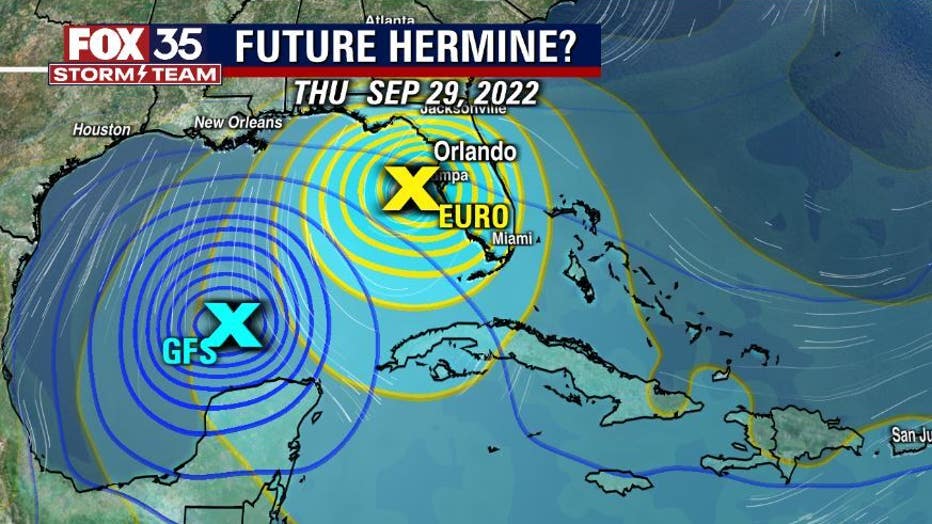 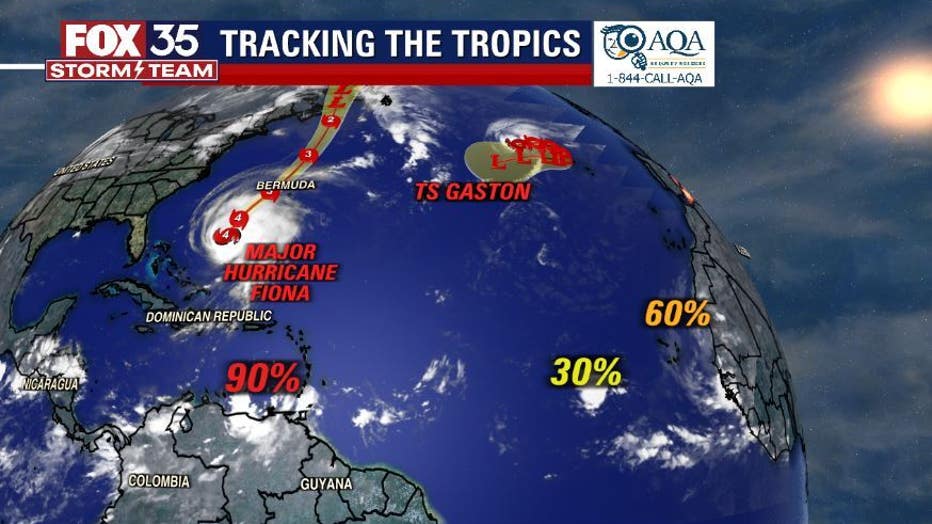 Florida should be vigilant over the next several days and stay with the FOX 35 STORM TEAM for the latest as updates come in.