Johnny Magic thanks fans for response to fire

Johnny Magic gave an update to his living situation on Wednesday morning. His home and everything inside was destroyed in a fire&nbsp;on Friday night. Magic and his son lit their fireplace that night and noticed that something just was not right.&nbsp;

ORLANDO, Fla. - A well-known Orlando DJ says that he is doing okay after a devastating house fire on Friday night that left him and his son without a home.

Johnny Magic gave an update to his living situation on Wednesday morning. His home and everything inside was destroyed in a fire on Friday night. Magic and his son lit their fireplace that night and noticed that something just was not right.

"The smoke -- half of it was going up, half of it was going to the sides. then, the fire alarm went off," Magic recalled. "After about ten minutes, I said let me just put this whole fire out. I got a bucket, went to the sink, got water, put it on the logs, steam came out, the fire went out, but when I was close to the fireplace, I heard an electric burning and I said oh that's not good. And I still heard the sounds of a fire going on. So, I said hey, put your shoes on, let's go out."

He added that the fire got so thick while exiting the home that he and his son could not see. The two of them waited outside as fire units fought the flames. Magic said that "that's the first time my son said, 'Dad, I'm afraid.'"

DJ Johnny Magic gives update on fire at his home

The local DJ said that his family lost everything in the fire. 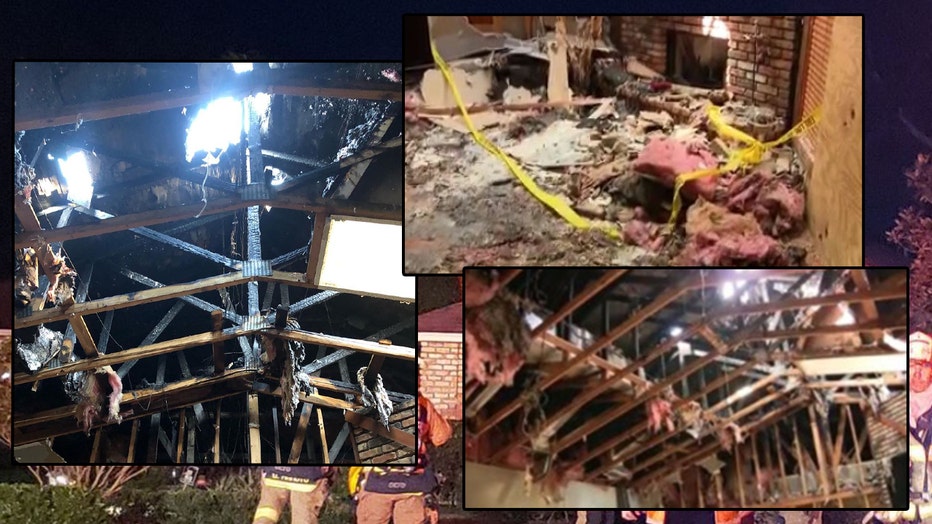 While waiting though, Magic noticed that he did not have his dog. He went out back to the pool area where firefighters were battling the blaze and aw his dog. The firefighters were attempting to grab the dog but she would not come to them. Thankfully, when Magic called her, she responded and was safe with him.

Eventually, the fire was put out but Magic said that he lost everything in the fire. His co-workers on XL 106.7, Brian Grimes and Sondra Rae, started a GoFundMe to help pay for rebuilding costs. Magic said on Wednesday that the two of them knew the fans would want to know how to help so they decided to create the GoFundMe page before several of them were created. Over $50,000 has been raised so far.

"It touches my heart. I think of a little kid who listens to the show and says 'Mommy, I want to help Johnny' and he went into the bank and donated $5 to help me rebuild my life. its humbling. It's a little surreal. You think I am worthy of this, the love that I am getting," Magic said. "I want to go to houses and just hug people and say thank you."

Magic said that the money collected will go towards helping him get started and rebuild.

"It's helping me through this process of rebuilding and rehealing," he said. "People automatically assume that once your house burns down that you get some fat check. My house burned down Friday. The insurance adjuster hasn't come to my home yet. There's going to be rain today. Anything that I could have saved -- I can't go in until they assess the situation -- anything that I could have saved is going to be damaged tomorrow cause the roof is gone."

He added that any money he has right now is going to be used to him to find a house for his son and dog. Anything not used from the donations will go towards his Baby DJ Foundation. He wants to specifically set up a wing to help families who are also victims of fires. 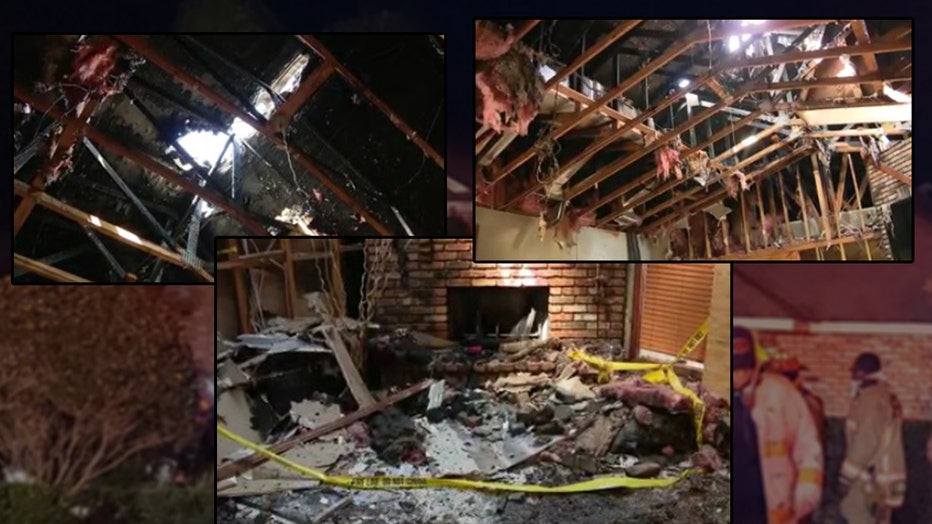 Magic returned to work on Wednesday morning. Despite the fire, he said that he did not want to just sit around. His goal is to all be under one roof by the weekend with his son and dog.

"I'm doing well. I'm coming to the realization that my house is burnt down and that I have to restart from scratch. I'm okay. Making the best out of a bad situation," Magic said. "I'm okay. I got my health, my strength, my dog, my son. And everything else will rebuild."

Tune in to FOX 35 at 5 and 6 p.m. for the latest of Johnny Magic and his the condition of his home.