On June 12, 2016, a gunman opened fire inside Pulse nightclub in Downtown Orlando, killing 49 people and injuring another 53. Orlando Mayor Buddy Dyer spoke to FOX 35 this year about that tragic day.

ORLANDO, Fla. - On June 12, 2016, a gunman opened fire inside Pulse nightclub in Downtown Orlando, killing 49 people and injuring another 53.

Orlando Mayor Buddy Dyer spoke to FOX 35 this year about that tragic day.

"When I had to go back out there and tell everybody that there were 50 people, including the shooter, that were dead -- I just saw people like you that were just in shock. There were hardened journalists, reporters and you could have heard a pin dropped. And I was kind of choking up and that was the hardest thing for me to get through," Mayor Dyer said. 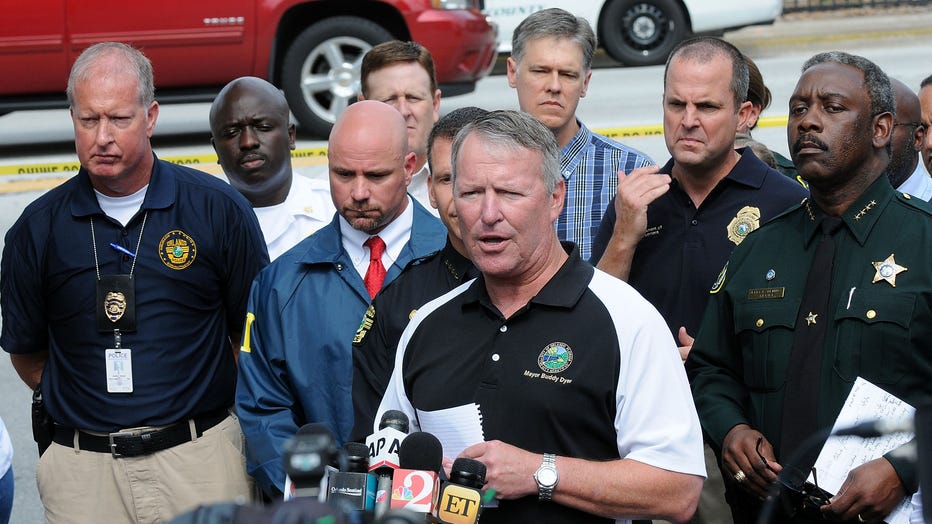 Orlando Mayor Buddy Dyer, law enforcement and local community leaders speak during a press conference June 12, 2016 in Orlando, Florida. 50 people are reported dead and 53 were injured at a mass shooting at the Pulse nightclub in what is now the wors

"I have to get mentally prepared, you know, when the anniversary comes around. To relive everything that happened that night and days and weeks ensuing after that," Mayor Dyer explained. "In some ways, it seems so long ago. Other ways it feels like yesterday."

He also explained to FOX 35 how it took some time for him to process the impact of the tragedy. 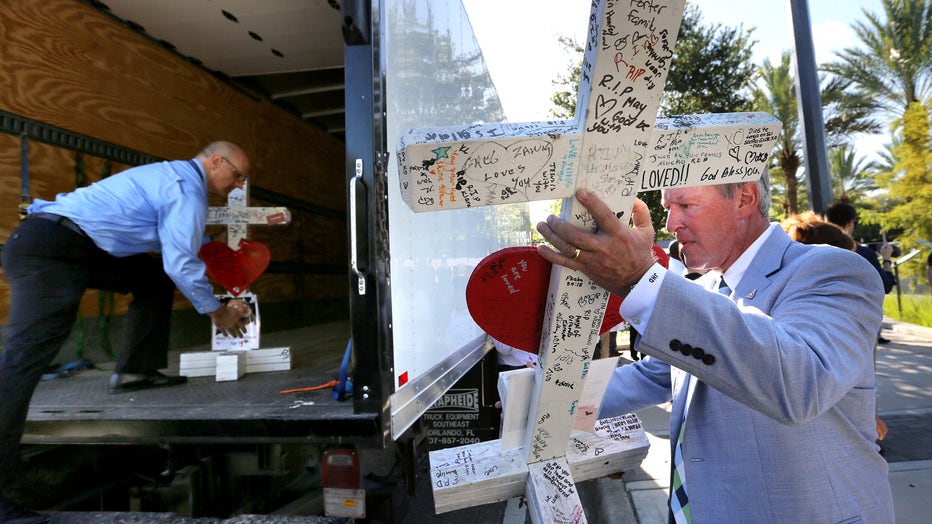 On the the one-month anniversary of the Pulse nightclub massacre in Orlando, Fla., mayor Buddy Dyer hands off one of the crosses that was erected to honor victims to Michael Perkins, left, of the Orange County Regional History Center, during a somber

To ensure that the city's first responders got the attention and resources that they needed, sessions with counselors were held. During one of them, Mayor Dyer said that he got a call from a friend, who is also a counselor, and asked him how he was doing.

"I said, ‘you know I’m doing okay but I don’t really feel the sadness or I don’t have the response that I expected I had,’ and she said, 'you can’t have that, you’re in the moment, you’re leading, you can’t break down in front of a crowd or anything like that. And that’s to be expected. You’re right now in the midst of doing your job. And it’ll hit you at some point, you need to understand that emotion probably isn’t going to show up for a while.’"

MORE NEWS: Law enforcement brothers recall pact they made the night of the Pulse shooting

He went on to tell that story at some of the group counseling sessions and he said, "three or four staff members said, "Mayor, thank you for sharing that. We feel the same way.'"

Mayor Dyer added that it was not really until the one year mark of the shooting that everything started to hit him, "I would say it was really when it was leading up to the one year marking of [the event] because I had interviews where I started re-living that day and the events that occurred afterward. And I’d say that’s when I came to grips with it." 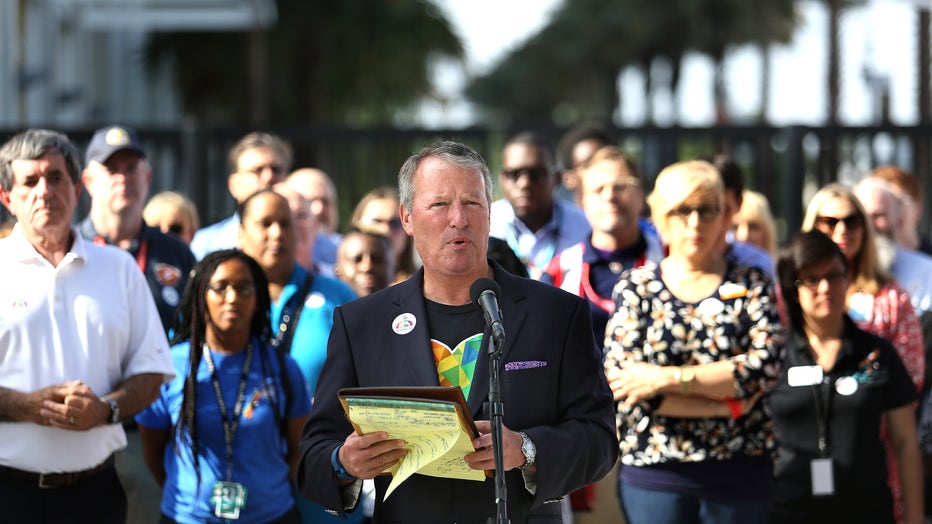 Orlando mayor Buddy Dyer delivers remarks during a press conference at Camping World Stadium, Friday, June 17, 2016 in Orlando. The mayor was joined by various charity and community agency workers and executives to update the public on assistance bei 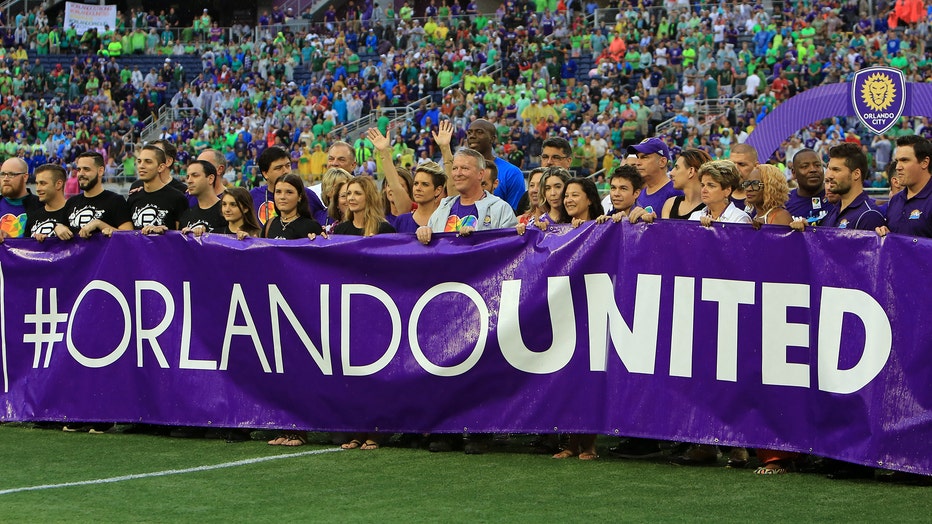 Orlando, Fla., mayor Buddy Dyer, center, stands with others, honoring victims of the Pulse nightclub shooting, on the field before the start of an MLS match between Orlando City and the San Jose Earthquakes at Camping World Stadium in Orlando, Fla.,

The event certainly changed lives across Orlando, including Mayor Dyer.

"I think it emphasized things that [I] already knew about being very conscious about different cultures and different needs of different people in our city and in our community," he said. "We’re a city that embraces diversity and equality and fairness, inclusion. I think I learned that I needed to work harder at that and lead the city in that direction."

Moving forward, Mayor Dyer is confident that Orlando will remain united. He couldn't be more proud of the community.

Without question, I couldn’t be more proud of the people of this community and the way they responded with love and unity and compassion," he said. "Thousands of people in lines to give blood. People bringing food to the first responders and the people out on the street. If there is a silver lining it’s how our community responded in a unified manner."