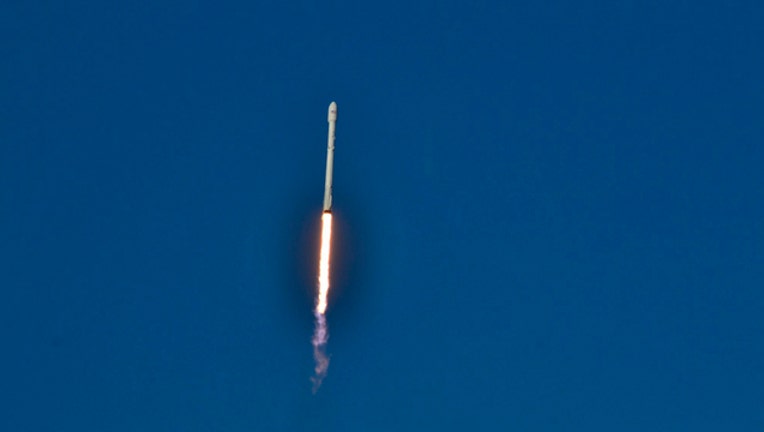 PORT CANAVERAL, Fla. (WOFL FOX 35) - Weather in the area pushed the lift-off into the overnight hours, but it was a special launch when it finally got off the ground; the first time a former nuclear missile launched a satellite into space here at the Cape.

The Minotaur rocket, as it's called today, lit up the night sky over the Cape at 2:04 in the morning.

It really got off the ground fast, just like it's former namesake, the Peacekeeper missile, which was tipped with nuclear warheads and kept in underground silos during the Cold War.

Aerospace company Orbital ATK repurposed the decommissioned missile to launch a military satellite from Launch Complex 46. The satellite is essentially a giant orbiting telescope with a mission to look for threats in space to American satellites.

"And it's going to find them, as a point source very precisely, and it's a very low cost mission," said Ken Kremer with Universe Today. "And so they are going to look for these point sources and identify the threat, and that's when we would launch the counter counter measures."

Also unique, launching from this usually dormant Launch Complex 46. The next planned launch from here is more than a year away.