Courtney Clenney, who works as an Only Fans model, has been arrested for stabbing her boyfriend to death in their Miami high rise apartment. Clenney was taken into custody in Hawaii on a charge of second-degree murder, more than four months after her boyfriend Christian "Toby" Obumseli was killed.

Miami OnlyFans model and accused boyfriend killer Courtney Clenney wants evidence in her murder case kept secret, according to a motion filed Thursday by her attorney.

Clenney, 26, is locked up at Hawaii Community Correctional Center on the Big Island, where she was arrested and charged last week for the slaying of Christian Obumseli, 27, during a confrontation in their luxury high-rise apartment in April.

She waived extradition and is waiting for authorities to return her to Florida.

In the court papers, lawyer Frank Prieto blasts Miami State Attorney Kathie Fernandez Rundle for sharing surveillance video of Clenney beating Obumseli in an elevator more than a month before she allegedly stabbed him to death with a kitchen knife.

"By the State Attorney’s own admission, the video they released of the elevator incident was months prior to the events of April 3, 2022, where Ms. Clenney and Obumseli had an altercation where she was strangled and ultimately defended herself with a knife," Prieto wrote.

The footage was played at a press conference last week announcing the second-degree murder charge.

Prieto called the move "an attempt by the government to prejudice and taint potential jury members against the defendant" and deprive her of a right to a fair trial.

The attorney asked Judge Diana Vizcaino to ban prosecutors from publicly releasing any evidence "unless the Court has had an opportunity to review (in camera) said materials to determine their relevance, probative value, potential prejudice and admissibility." 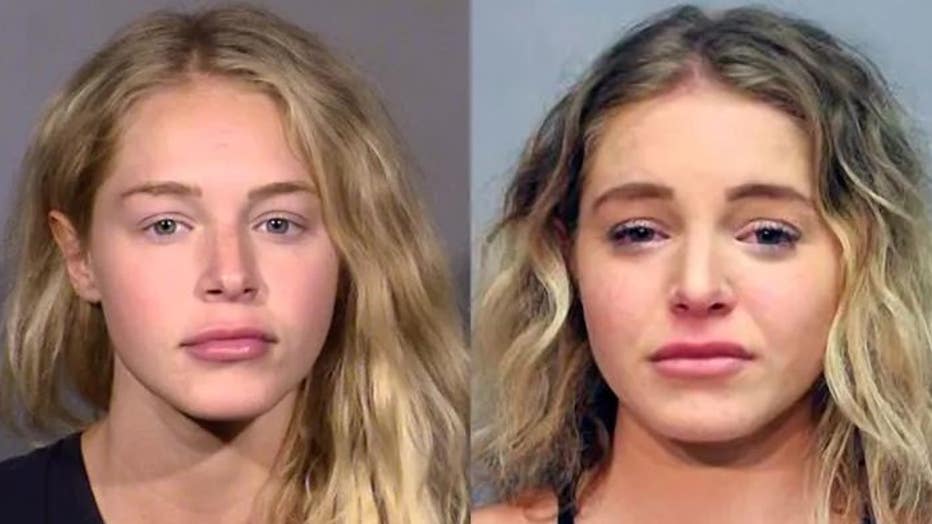 A photo combination showing Courtney Clenney's mugshot from July 2021 in Las Vegas for battery and her arrest in Hawaii for the alleged murder of Christian Obumseli. (Las Vegas Police Depart/Hawaii Police Department)

Clenney, who goes by Courtney Tailor on social media, was initially cleared by the Miami Police Department after telling them she acted in self-defense.

But Obumseli’s outraged family hired attorney Larry Handfield, who pressured Rundle to investigate the slaying, which resulted in the homicide case against Clenney.

Prosecutors say that Clenney, while on the phone with her mother, plunged a kitchen knife 3 1/2 inches into Obumseli’s chest, slicing his subclavian artery.

It wasn’t clear what sparked the argument — but the couple fought frequently during their tumultuous two-year romance.

Clenney was arrested in Las Vegas for battery in July 2020 after allegedly hurling a glass at Obumseli’s head, which narrowly missed him, according to police records.

After the killing, video of Clenney handcuffed in a black bra and soaked in blood on the balcony of the couple’s three-bedroom pad went viral.

A few days later, the social media star, who has 2 million followers on Instagram, was spotted at a hotel bar having drinks with her father, sparking public outrage.

The victim’s brother, Jeff Obumseli, wrote on Instagram shortly after the alleged murder that Clenney was "treated differently because of her privilege as a wealthy white woman."